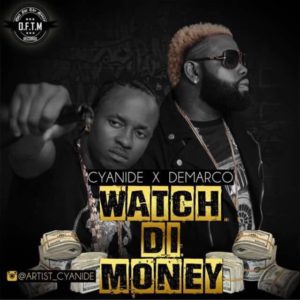 Jamaican rapper, Cynide and his representatives have been questioned about the hacking of the eye of media.com last week.

The eye of destiny radio broadcasts to 116 countries, attractive random interest from various parts of the world. Internet investigators alongside skilled personnel at go daddy who host our site have been looking into the cyber attack last week which created problems for the eye of media.com Experts went through several articles, looking for malware and also assessing potential aggrieved parties who could potentially have a motive to be spiteful enough to want to install malware on our site.

A few suspects have been highlighted for further investigations by computer wiz’s who believe they may be able to narrow down the suspects and probe further. Among the suspects are rivals or jealous people against of Cynid, the 28 year old Brixton based rapper who has traveled the world but may have one or two enemies he has said nothing about.

The rapper told the eye of media.com ” it was a strange co-incidence your site went down the same day my tune was due to play on your station. I don’t know of anybody who would have such a bad mind towards me, but there could always be jealous people.

I promoted the article promoting the radio feature on my twitter and instagram account, so many people in Jamaica and South London especially would have seen it. I am glad it is all sorted now”.