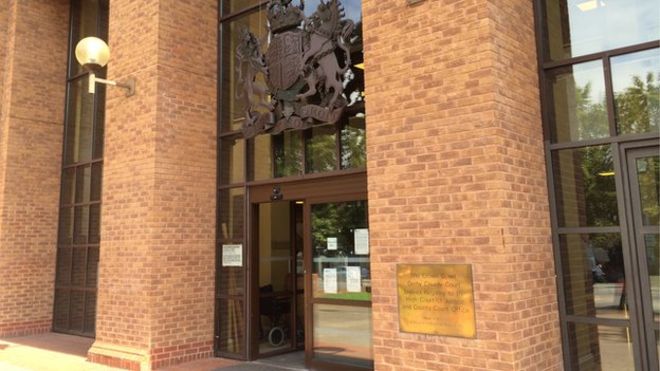 A Derby man  jailed for co-ordinating a people smuggling gang who organised for genuine British passports abroad to be used in illegal attempts to reach the UK, was trapped by CCTV and mobile phone record.

A criminal of high proportions, Mohammed Jamal Kawsara was either too stupid to know the widespread existence of CCTV cameras and phone records, or he so caught up in his exploitative missions that he underestimated them. Kawsara, 39 was jailed for three years at Derby Crown Court after pleading guilty to assisting illegal immigration at an earlier hearing.

Kawsara was additionally sentenced in relation to a separate case led by Derbyshire Police. Kawsara had been found guilty of three counts of inciting a child to sexual activity and was sentenced to six months imprisonment, to run consecutively with the three year sentence for the immigration offences.

The  mega scam was intercepted and exposed by Immigration Enforcement Criminal and Financial Investigations (CFI). Carefully conducted investigations revealed how Kawsara and his cohorts flew to Greece as couriers, passing over genuine British passports to Syrian nationals who would subsequently try  to board flights to the UK as imposters. If successful, the passport would either be destroyed or handed back to the courier on the aircraft. Once landed at a UK airport, the Syrian nationals would present themselves to Border Force and claim asylum. Kawsara was arrested on 18 June 2015 at Birmingham Airport, having arrived from Kos on the same flight as a Syrian woman.

Kawsara and the woman were seen on airport CCTV pretending not to know each other.  However, Border Force officers had information to suggest that the two were linked and a search of Kawsara’s luggage revealed he was carrying the passport of a British woman along with his own. The Syrian woman was listed on the flight manifest as British woman whose name she had fraudulently adopted. She also dyed her hair to resemble the passport photo. Kawsara was arrested on suspicion of facilitating illegal immigration and the case was passed to CFI.

The second detection by the excellent modern day technology of  CCTV was On 8 April 2015, when Ashley Henson flew into Birmingham Airport on a flight from Athens, where he had passed Kawsara’s passport to a Syrian man. CCTV showed Henson and the Syrian man making their way from the flight keeping some distance apart. Henson is seen on his mobile phone (later shown to be a call to Kawsara) and gesturing towards the man that he should follow. The man was stopped at immigration control and claimed asylum.

Two separate unsuccessful attempts saw imposters stopped in Greece before boarding planes.  In the first doomed attempt, Kawsara acted as the passport courier  and Smedley for acted as the passport courier for the second (using the passport of Szabo). The last occurrence was on 29 September 2015 when Pavandeep Singh escorted a Syrian woman from Athens to Manchester Airport using a British woman’s passport supplied by Szabo. The woman claimed asylum at the UK border.

TRAPPED
Phone records showed Kawsara was eventually trapped by phone records suggesting he was in contact with all of the couriers to make arrangements for the smuggling events. Money transfers were identified between Kawsara and several of his ‘customers’ who were thought to be charged about £7000 for his assistance.

Andy Radcliffe, from CFI said;
This case should act as a warning that anyone involved in criminality of this kind will be prosecuted.
The evidence uncovered by CFI officers showed Kawsara was the common link between all the smuggling attempts. Several of these offences were driven purely by the desire to make a profit, which was done off the backs of desperate people.

SUCCESS
The success of this case has only been possible thanks to the effective work between CFI, Border Force and Immigration Enforcement International. Border Force officers played a key role in the initial interceptions, with their work informed by vital information gathered by Immigration Enforcement International colleagues based in Greece which first identified Kawsara’s suspicious activities.

Glenn Szabo, of Millersdale Avenue, Mansfield, admitted to two counts of assisting illegal immigration . He received a 15 months jail sentence, suspended for 18 months, and a curfew from 8pm to 5am to last for four months.
Kawsara was also sentenced in relation to a separate case led by Derbyshire Police. Kawsara had been found guilty of three counts of inciting a child to sexual activity and was sentenced to six months imprisonment, to run consecutively with the three year sentence for the immigration offences.