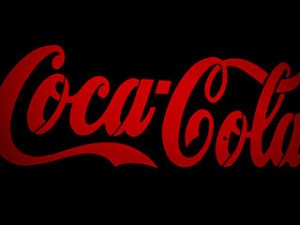 An Irish Coca Cola firm is under investigation following the discovery of human waste in shipment cans.

Factory workers discovered what appeared to be human faeces in their machines after a night shift at the Lisbon Co Antrim plant.
The discovery is a shocking disappointment for a company that should normally be trusted to ensure the safety of consumers who purchase their products.

Coca Cola have said that products currently on sale were not affected by the contamination, and the company said they have launched an internal investigation. The claim that products on sale were not affected is expected from them in their defence, but isn’t full proof that this is the case. Consumers may have drunk the drink without being aware they were consuming particles of faeces. The cans were said to have come from Germany and not their usual source from the UK.

A source told the Irish Independent : ”it was absolutely horrible, and the machines had to be turned off for about 15 hours to be cleaned”.

Immigrants travelling in the lorry containing the cans are rumoured to have excreted in the cans instead of using the toilet because there were no toilets available in the lorry.

The shocking revelation will heighten concerns among members of the public about the drinks they buy. The eye of media.com told on Monday how the standard of hygiene in many food outlets were poor in many parts of the UK, and this recent revelation is very upsetting and worrying. Consumers who pay for their products have every reason to rely on the health and safety standards of the drinks they buy, instead they are being let down by the shocking negligence of money making organisations who allow this sort of unforgivable recklessness to occur.

A spokesperson from Coca Cola said in a statement:

”We are aware of the incident involving empty cans at our plant in Knockmorwe Hill, Lisburn. We are taking this matter extremely seriously and are conducting a thorough investigation in co-operation with the PSNI. The problem was identified immediately through our robust quality procedures and immediately impounded and will not be sold. This is an isolated incident and does not affect any products currently on sale.

A spokesman for the Police Service of Northern Ireland said; ”Detectives are investigating an incident at commercial premises in the Lisburn area following reports that a consignment of containers delivered to the premises have been contaminated”

Coca Cola are a multi billion pound company and have introduced other drinks under its umbrella, like Diet coke, Caffeine free Coca-Cola Cherry. Coca Cola Zero, Coca Cola Vanilla and others. The company has the full responsibility to ensure that drinks meant for consumption cannot in anyway be subjected to this kind of health hazard. Their comments that this was an isolated incident does not make it any less damaging to their reputation, neither does it make it any more credible. It should never have happened, and the fact it happened puts a huge dent on their name and reputation. It is impossible for the public to know what other levels of negligence have been committed by the company, who must take responsibility for this heavy embarrassment. All we can say is shame on them, and they really should be hit with a heavy fine.