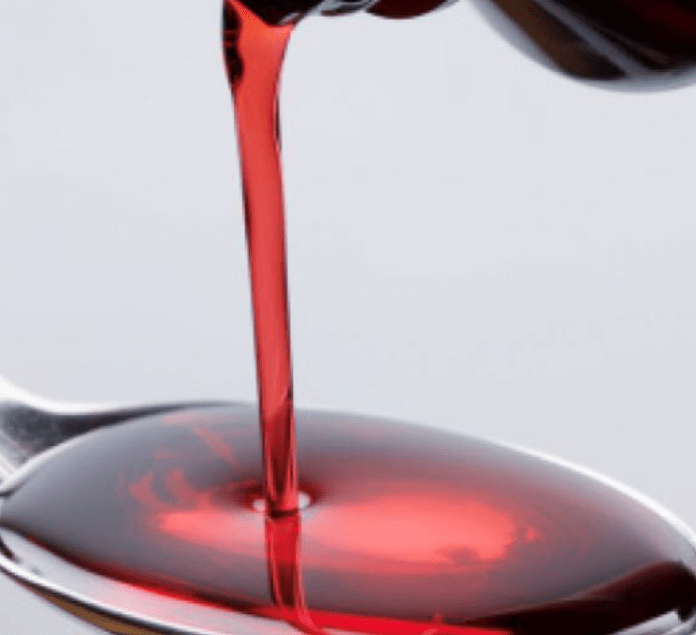 Instagram is still featuring adverts of apetamin despite serious warnings to remove them.

The social media giant must be made to act and remove adverts for the harmful unlicensed weight-loss drug apetamin from its social networking service, after a campaign to address this has still not been addressed.

Apetamin is incredibly popular with young women who sufer from body dysmorphia looking to create the hour glass figure popularised by celebrities Kim Kardashian and Cardi B. It is sold in syrup form to girls as young as 12 as an appetite stimulating weight-gain supplement that can stimulate breast growth and add volume to hips.

The side-effects  from Apetamin which includes fatigue, jaundice and liver failure, is enough to force an issue to be made for action on the matter.

The letter, from NHS England’s national mental health director, Claire Murdoch, and national medical director, Professor Stephen Powis, alongside Kitty Wallace of the Body Dysmorphic Disorder Foundation, said the drug could result in “serious harm” to anyone who takes it.

The NHS officials letter which expressed concern for the unlicensed and dangerous drug Apetamin has still not been acted upon, making mockery of all the alarm made  by the press to address the selfish and reckless marketing of the drug.

“This substance is consumed as a supplement, to foster a specific body image and shape, deemed to be desirable by some high-profile influencers, and predominately targeted at younger women and girls.

“On behalf of NHS patients, staff and people experiencing body dysmorphic disorder and other mental health conditions, as well as their families, we are concerned about both the physical and mental health impacts of the promotion of this drug and strongly urge you to demonstrate a duty of care for your customers, and clamp down now on this dangerous content.”

The letter said that while Instagram had recently stressed that buying and selling non-medical or prescription drugs was against its policies, many accounts were still active despite being reported.

It added: “Unfortunately, many accounts are still active, and when such activity was reported – in line with Instagram advice – no action was taken, with a customer service response from your platform claiming that the commercial sale of Apetamin through Instagram accounts did not breach your community guidelines.”

NHS leaders  have still not been given the urgent update by instagram on  the action it plans to take in shutting down  offending accounts , and confirm that any content selling or promoting Apetamin will be removed.

They also asked the social media platform to confirm how many accounts and posts had been removed in relation to Apetamin and what steps are currently being taken to protect users from content “likely, or with the potential to, trigger or exacerbate body dysmorphic disorder, eating disorders and other conditions”.

Instagram is also yet to respond to a recommendation from NHS chief executive Sir Simon Stevens that social media firms could contribute more financially to the provision of young people’s mental health services that are “increasingly called on to support people whose health problems are linked to damaging online content”.

It also asked Instagram to confirm if it agreed that “permitting the sale of supplements such as Apetamin, whose purpose is primarily to encourage impressionable, often younger, women and girls to achieve an unobtainable and biologically unsafe body shape and type, is at odds with Instagram’s community guidelines”.

A spokesman from the Body Dysmorphic Disorder Foundation said: “As a small charity we are becoming increasingly overwhelmed by the numbers of people reaching out to us for more support with the debilitating condition body dysmorphic disorder (BDD).

“Although social media is not the cause of BDD, it has a huge role to play in exacerbating the symptoms.

“We urge companies, such as Instagram, to take the wellbeing of their vulnerable users seriously.

“The promotion of Apetamin on social media can be very damaging in terms of physical and mental health, and therefore should not go unchallenged.”r (BDD), affects as many as 1 in 50 people. It is a mental health condition where a person spends a lot of time worrying about flaws in their appearance. These flaws are often unnoticeable to others. People of any age can have BDD, but it’s most common in teenagers and young adults.

In 2017 Kim Kardashian told Vogue Magazine that she too has problems with BDD: “You take pictures and people just body shame you,” she explained, adding, “It’s like literally giving me body dysmorphia.”

Despite the fact, The National Mental Health Director, Claire Murdoch has written an open letter to Instagram expressing her concern about the detrimental effects of Apetamin and has asked the platform to block companies that sell and advocate the product.  Instagram have claimed that selling non-medical drugs is “against our policies”. However, if you search the platform today you will easily find adverts for this harmful drug.

The physical and psychological effects of the drug are severe. Hunger, depression, sleepiness and liver toxicity are known factors as well as the fact that women with body image issues are also attracted to the drug. Adults with body image dissatisfaction (BID) are more likely to be depressed, anxious, and suicidal when compared to those without intense dissatisfaction over their appearance.

The NHS has recently announced its commitment to “putting mental health care on a level footing with physical health services” with funding to grow faster than the overall NHS budget which is worth £2.3 billion a year by 2023/24.

It’s time these media giants stepped up to the plate and took some responsibility,” Claire Murdoch told the BBC.

“Here we are investing more than ever in mental and physical heath, these media giants like Instagram need to contribute more as well.”