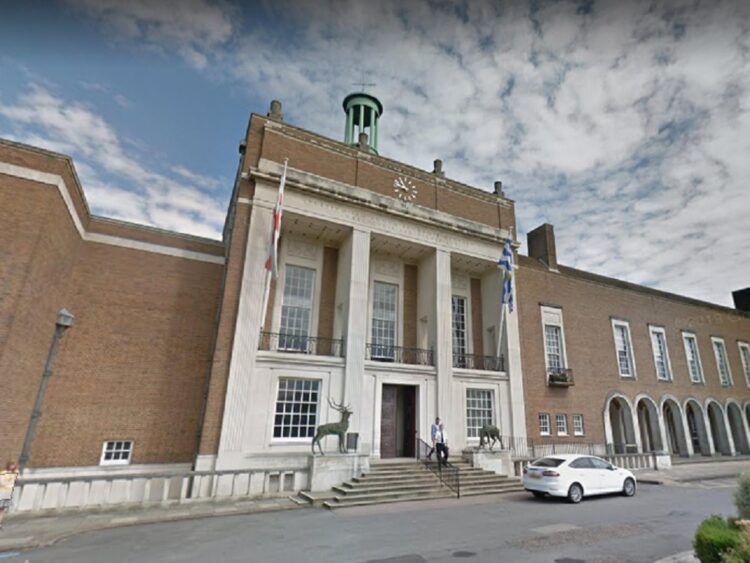 The recommendations were put forward at an urgent meeting on Tuesday where councillors described frustration at being obstructed from scrutinising children’s services and progress on previous improvement plans by “smoke and mirrors” and “slick assurances” from senior managers.

The council was criticised in three court judgments in 2018, before the High Court ruling in March on a special guardianship application, which found the service had “ignored” the recommendations of a senior judge and psychiatrist.

It received a ‘requires improvement’ rating from Ofsted that same year, with leadership found ‘inadequate’. A focused visit in December 2019 saw “little progress” in improving practice for children in need and on child protection plans, and said the frequency and quality of supervision needed to improve.

Leader of the council David Hitchiner said Herefordshire had reached “a watershed moment”.

He said at the meeting: “The culture from the past has to change. It is clear that all the monitoring and scrutiny put in place last time failed to put us on the right path. That was too much about process and policy.

“We will be looking for cultural change, more openness and honesty where questioning and challenge are welcomed, where promises are delivered and mistakes acknowledged.”

Councillors heard that the Department for Education had appointed an independent adviser, Gladys Rhodes White, to work with Herefordshire for at least a year. Jones, formerly interim director at Rochdale and now of Bradford’s children’s services, and also improvement adviser to Medway, is to chair an improvement board and report to the DfE every six weeks.

The board will include the Department Of Education’s ‘partners in practice’ from high-performing councils. New interim director of children’s services Cath Knowles and the council’s acting deputy chief executive, Claire Ward, told councillors they expected the board to also include the cabinet member for children and scrutiny members.

Knowles, formerly interim director at Dudley council, has “experience of turning round failing social services and has the confidence of the various government bodies that are already involved in our improvement process,” Hitchiner said.

Ward described the improvements as a long-term piece of work: “I can see between three to five years, and that’s the commitment from senior management.”

The independent adviser and board represent a lower level of government involvement than the appointment of a DfE commissioner, but the department has said it “will not hesitate to take stronger intervention action if rapid improvements are not made”.

The approved recommendations include spending an additional £5.2m on children’s services over the next two years. A third of this is expected to go on interim staffing. The spending plans also include training, support for families and commissioning a “full scale” external review of the service. A review of leadership and management has already been commissioned and is due to report in May.

The council’s cabinet member for finance and corporate services, Liz Harvey, called on local MPs to assist in seeking financial support from government for the plans. However, she continued: “If support does not come from government, we will absolutely find the money that is needed to make this happen; money must not slow us down.”

“The principle we’ve adopted here is to leave no stone unturned and to do that were doing a 100% audit of all live cases,” he said. “That’s the only way we can be confident and assured of the current state of those cases.”

Knowles added: “When you start turning stones as part of a wholesale review, you will find there will be other areas for concern that we need to address. That’s the sort of root and branch review that is needed so that everything is in the open…We may well find more but that’s a positive thing because once we know what it is, we can then start doing the work we need to do to get that right.”

Knowles said the newly appointed principal social worker already had exit interviews as part of his remit but that she could see the rationale of reviews being done independently, whether by another department, external consultant or reciprocal arrangement with another authority.

Council members also called for ongoing support for children’s services staff ”working hard to do the right thing [who] have been let down by their team” and commented that “restoring trust” would take time and leadership. A number noted that Ofsted had consistently raised concerns about poor supervision since 2012, along with problems with record-keeping, management oversight and child-centred care.

One councillor cited Ofsted’s 2018 report: “This found ‘staff feel a strong disconnect from their senior managers’ and this clearly hasn’t improved, despite slick assurances. Things just have not changed. We need to make sure that measures put in place through the improvement board actually change this culture.”

Councillors also described a culture where whistleblowing was obstructed by senior managers “obscuring facts”, “delaying tactics” and “using GDPR as a catch all smokescreen to avoid uncomfortable questions”. “Staff came forward, they told their stories and no one listened,” another member said, calling on the council to adopt a ‘freedom to speak up’ policy as used in the NHS.

In response to members’ concerns about the impact of negative events on staff morale and recruitment, Knowles said she was holding regular briefings and surgeries for social workers to talk to her about concerns, and highlighted the role of the new PSW, recruited from an outstanding authority.

“We will continue to do this as the journey continues and at times becomes tough…We’ll make sure we do protect those frontline staff who have been working very hard during a challenging time with the pandemic and a new way of working.”