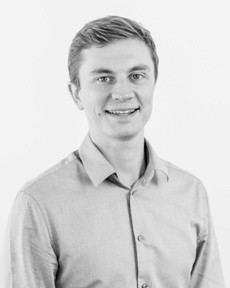 Children of wealthy parents acquire more wealth than children from poorer backgrounds, influencing their access to home ownership and better education, according to a new research published.

Wealth plays a key role  in determining living standards and the transmission of wealth inequalities across generations, the research states.

However, the lead author of the research stresses  that the wealth of children’s parents is not always a determinant of a child’s future, and there are exceptions where children from poor backgrounds achieve high living standards through their hard work, or other inspirations in their life.  The lifestyle and ambitions of wealthy children who have wealthy parents can in some cases motivate children from poorer backgrounds to achieve high wealth themselves in a minority of cases.

In a majority of cases, the financial might of a child’s parents impacts the quality of education, they receive, the earning power of their partner, and even the home they own.

According to the research, which measures the wealth of parents and their adult children also explores the influence of parental wealth on the education, earnings, saving decisions of their children, new IFS research, funded by the Economic and Social Research Council and published today, showing, that having wealthy parents is even more important when it comes to determining the wealth of .

The research  by lead authour,  Dr. David Sturrock(pictured) , jointly conducted with fellow researchers, Alex Davenport,  and Peter Levell, children of wealthy parents in their 30s,  born in the 1970s and 1980s whose parents were in the wealthiest fifth of parents of the same age had average net wealth (excluding pension wealth) of £107,000, around six times more than the £18,000 held by those with parents in the poorest fifth.

Dr. Sturrock also found that persistence of wealth across generations in the UK is comparable to that in the U.S but greater than that in Scandinavian countries. 10% higher parental wealth is associated with 3.7% higher child wealth, a similar level of intergenerational persistence to that seen in the US and higher than that in Denmark, Norway and Sweden.

The research does not  account for the wealth of children who have acquired their own financial success through hard work or dedication motivated by ambition, neither does it make reference to wealthy parents who achieved their financial success as a result of their own drive and choices in life.

Rather, it focuses on the wealth inequalities arising from generational financial success, and the advantages it brings to their offspring.

Around half of the persistence in wealth across generations can be accounted for by the intergenerational persistence of education and earnings. This suggests an important role for the transmission of ‘human capital’, and other drivers of earnings, in transmitting wealth inequalities across generations, but that other factors such as saving rates or direct wealth transfers are significant too.

Those with wealthier parents save larger portions of their earnings. While the average saving rate was 3% of earnings for those with parents in the poorest fifth, it was 12% for those with parents in the wealthiest fifth. These differences are not explained by the differences in these children’s earnings or education or by children’s saving rates being related to their parents’ saving rates. One possible explanation for this is that the children of wealthier parents receive more transfers and capital income, and save some of this.

Those with wealthy parents hold a larger share of their wealth as higher-return investments such as stocks and shares. However, given the small amount of wealth held in this form, this cannot be a major driver of the intergenerational persistence of wealth.

Those with wealthy and poor parents were equally likely to have a partner, but those with wealthier parents tend to have higher-earning partners. However, this difference is largely accounted for by differences in child’s own earnings, and does not appear to have an independent role in driving intergenerational persistence of wealth.

”Our report aims to document the patterns and some drivers of the persistence in wealth from one generation to the next. On the question of how parents acquired their wealth, unfortunately this isn’t something we were able to look at with the data that we had. Some wealthy parents may have inherited some of their wealth but much will be saved from their own earnings.

The question of whether the children of rich parents deserve or are worthy of being more wealthy isn’t something we take a stance on. Some think that because parents’ background isn’t under their children’s control it isn’t fair for there to be substantial inequalities stemming from parental background. Others think that if parents earned and built up wealth they have a right to be able to use this to help their children. Our report doesn’t take a stance on which of these is correct.

He added: ” while we are documenting a tendency for wealthier parents to have wealthier children, it’s far from the case that who your parents are fully determines your later life outcomes. A minority of those with poorer parents do end up being relatively wealthy themselves, and vice versa.

P.S: David Sturrock specialises in research associated with the intergenerational transmission of inequality, and the impact of longer working lives on health.

David was formerly  an economist at HM Treasury, working on fiscal policy, analysis of Scottish independence, and strategy for the 2015 Spending review.