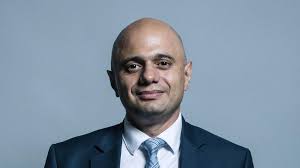 The Home Secretary has written 46 letters to a number of  people who were  affected by the windrush generation scandal which disrupted the lives of thousands.

The letter  was addressed to those sanctioned under compliant environment policies or with criminal convictions who were held under immigration detention powers at the end of their prison sentence.

Seven others identified during the historical review of removals, detentions and proactive compliant environment measures affecting Caribbean Commonwealth nationals were also written to by the Home Secretary. The apology follows evidence suggesting the affected individuals came to the UK from the Caribbean before 1973 and resided  permanently in Britain, but came unstuck when they were unable to demonstrate their continuous residence here which led to action being taken against them.

The Home Secretary’s office said the Commonwealth Citizens Taskforce will  reach out to those individuals who are not already in touch, and provide any assistance they require to document their status, and to explain the compensation scheme. Over 6,400 individuals have received documentation confirming their status. The British government says over 4,200 individuals who have successfully applied to become British nationals.

”I have been very clear that the experiences of some members of the Windrush generation has been completely unacceptable, which is why I am committed to right the wrongs of successive governments.

I have personally apologised to those identified through this review and I will make sure they receive support and access to the compensation scheme.

Since we launched the Commonwealth Citizens’ Taskforce, over 6,400 individuals have been given documents to confirm their status so that they can get on with their lives in the UK.

The historical review identified a further 9 people who were sanctioned under compliant environment policies because they had lost their entitlement to indefinite leave to remain after leaving the UK for more than 2 years, and 3 individuals with criminality who were detained temporarily at port but allowed to enter. All people identified by the review will be contacted by the Commonwealth Citizens Taskforce, if they are not already in touch.

These apology letters are in addition to the 18 announced in August last year following the provisional results of the historical review of 11,800 Caribbean Commonwealth nationals who had been removed or detained since 2002. Four from this group will receive a second apology from the Home Secretary for being sanctioned. This means that the Home Secretary will apologise to 67 people in total.

To right the wrongs experienced by the Windrush generation, the Home Office established the Commonwealth Citizen Taskforce which is open to all nationalities, as is the compensation scheme which opened in April 2019. An independent lessons learned review, led by Wendy Williams, has also been set up to establish what went wrong and how to prevent it happening again”.