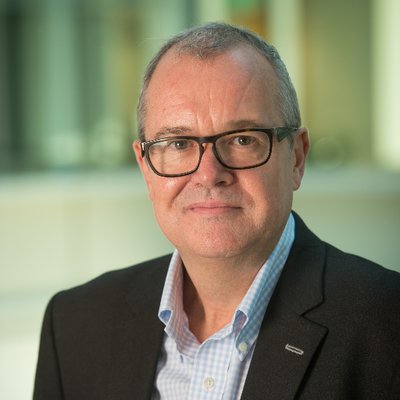 Sir Patrick Vallance yesterday issued a U turn statement about the Covid-19 hospitalizations that lack’s credibility, after he backed tracked from his earlier claim that 60% of those who are hospitalized  are double-vaccinated people.

Sir Vallance changed his statement suddenly, stating that 60% of hospitalizations from COVID are currently from unvaccinated people. The lame retraction was expected to fool the British public who heard him the first time clearly speak  of double vaccination, and frame his sentences fully in that context.

After the government announced the requirement of double vaccinations for night clubs which officially opened on Monday. Mr. Vallance remarkably changed his tune, most likely to prevent the irony of his earlier statement from impacting on the requirement for double vaccinations in night clubs. The U turn was so astonishing, only gullible people would believe it without questioning him.

Disappointingly, some sections of the press reported the new change as news without questioning the credibility of the scientific adviser’s claims. Media outlets who adjust  a professed catastrophic error of this magnitude without any skepticism  must  ask themselves some serious questions. How can a scientist expect a right thinking population to believe he made an error on that scale?

The context of the scientist’s statement was consistent with his claim that 60 % of those who have been hospitalized had been double vaccinated, then suddenly he changes his claim to be in line with the requirement of double vaccinations for night clubs.

Sir  Patrick Vallance had been very clear in his first statement in which he was stressing to the public that the jabs are not 100% effective, that 60% of those in hospital were unvaccinated.

His exact words were :”In terms of the number of people in hospital who’ve been double vaccinated, we know it’s around 60% of the people being admitted to hospital with COVID.”

Sir Patrick Vallance English is fluent in English, making it next to impossible that this could have been a slip of tongue.

Why a government scientist felt he could just change a statement he made live on air without any trouble is as alarming. It is worse than when Boris Johnson told the press that greed and capitalism was the reason for the success of vaccines, only to shortly after ask the sitting journalists to erase his comments from their minds.

Vallace said: “But the rates should be lower than they have been previously, because of the protective effects of vaccination.”

“They’re very, very effective, but not 100%, and as a higher proportion of the population is double-vaccinated, it’s inevitable that those 10% of that very large number remain at risk, and therefore will be amongst the people who both catch the infection and end up in hospital.”

Vallace comments  above states that 10% of the higher proportion of the population is double vaccinated, 10% of that higher number remain at risk., and will catch the infection and end up in hospital.

Meanwhile, most regions of England now have more coronavirus patients in hospital than at any point since mid-March. Sir Patrick also warned said there were “high levels of COVID and they are increasing”.

He said the UK was quite close to the previous “winter wave” of infections.

“And another doubling time will take you to even higher numbers, of course – that would be really quite, quite worrying. So we would like to see some flattening of this, some decrease in the trajectory, and ideally, as you rightly say, you’d like to see this coming down by September.

The top scientist cannot take his words back as easily as he thinks. Vallace needs to explain what  was far from a slip of tongue. The scientist’s late  attempt to align his earlier words with the new rule from September in order to escape the mismatch between his statistical percentage and the requirement of double vaccinations for clubs and crowded places , has exposed an inconsistency he can’t hide properly.

If the public cannot even trust the scientists advising the public, who can  they trust?