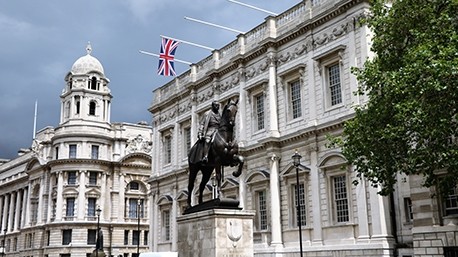 Leading government and healthcare experts are set to demand the government launch an immediate public inquiry into its handling of the coronavirus crisis, despite the government recently saying it was too early to conduct one.

Calls for an inquiry into the coronavirus crises in the UK are becoming louder, with more  voices  in the mix insisting one takes place sooner rather than later.

The main advocate of the call for an inquiry is the Institute for Government (IfG), an independent think tank headed by former Tory cabinet minister David Lidington and former Labour science minister Lord Sainsbury.

The think tank will call on Boris Johnson to establish a statutory public inquiry in May, so that investigations can begin in the autumn, The Guardian reported

In a report outlining the case for a Covid inquiry, it said: “The UK government needs to establish a public inquiry into its handling of the coronavirus crisis so that important lessons can be learnt as soon as possible.”

A spokesperson for the Ifg told The Eye Of Media.Com: The government cannot continue to make excuses for delaying an important inquiry, when the pressing need for one is shared by more than one respectable professional body.  It will be abdicating its duty to the country to endlessly postpone such an inquiry. It must make good on its promise, and announce a time table for an inquiry on the pandemic. It is the least that can be done for the families of the bereaved”.

The IfG states: “Decisions made by the Johnson government have led to more deaths, more economic harm and more other costs to livelihoods than we might have seen otherwise. This and future UK governments need to learn from what happened and change as a result in preparation for future crises.”

Adding to the call is healthcare think tank the King’s Fund, which published a framework on Thursday to “help unable the complicated interactions between different elements” of the government’s response to the pandemic.

The King’s Fund is chaired by Lord Kakkar, a government adviser on race and professor of surgery at University College London.

Downing Street has repeatedly promised to launch an “independent inquiry”, but has not committed to a full statutory investigation with the power to subpoena witnesses and evidence.

In a letter to lawyers representing the bereaved families, the government said that “the very people who would need to give evidence to an inquiry are working around the clock”, adding that “it is not anticipated that the government’s workload will ease in the coming months”. But the IfG and the King’s Fund are highlighting the need for an investigation, with the latter set to tell Downing Street that “now is the time”.

In the King’s Fund’s framework, authored by policy director Sally Warren and chief executive Richard Murray, it writes: “Learning the lessons from Covid-19 would allow England to better prepare for any future pandemic, but also to understand the general weaknesses and strengths of its health, care and public health systems.

“Given the wide-ranging nature of the pandemic and its impact on so much of so many people’s lives, their health and the economy, a public inquiry to assess the response will be essential.”

Ms Warren branded the suggestion that government was “too busy” for an inquiry as a “poor excuse” and said first steps could be taken without distracting civil servants from tackling the pandemic.

She added: “The suggestion that everyone in government is too busy for an inquiry is a poor excuse.

“There are first steps that can be taken to establish the inquiry – such as appointing an independent chair or agreeing term of reference – that will not distract from the efforts of public servants responding to Covid-19.”

Family members bereaved by Covid-19 walk along the National Memorial Covid Wall with pictures of their loved ones to mark the completion of the approximately 150,000 hearts being painted onto the National Covid Memorial Wall, on the Thames Embankment opposite the Houses of Parliament
The IfG said in its 33-page case for an inquiry that such an investigation could provide “a locust of collective grief” and deliver “some form of justice for the victims and their families”.

“Decisions made by the Johnson government have led to more deaths, more economic harm and more other costs to livelihoods than we might have seen otherwise,” it wrote.

“This and future UK governments need to learn from what happened and change as a result in preparation for future crises.”

This publication contacted Downing Street in 2020 before the third lockdown, calling for an inquiry into Covid deaths, but was at the time told to discuss the matter with PHE England who said  researchers from leading universities would eventually come round to it.