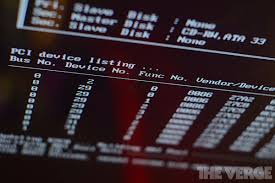 The Eye Of Media.Com had over 4,100 hacking attempts in one day, staff from Godaddy have said.

Most of the hack attempts were in the form of bots, trying to place malicious software on the site. Godaddy confirmed that the attempts were blocked, but some may have slipped through. The revelation came after a day of disruption on The Eye Of Media.Com following an internal disturbance caused by Godaddy’s server that caused several hours of inactivity.

The giant company offers a tough firewall security service which makes it  veryy difficult for malicious entities to penetrate the site. However, Godaddy experts say some hackers are forever advancing their hacking techniques, but they stay on top of it. Seth, an experience IT profressional on Godaddy said in his cool American accent:

” The attempts to hack your site were numerous on Thursday, but they were blocked. Most of them were in the form of bots, that is robots sent to try and steal information from your site like subscribers, passwords and other private information. Some hackers could be malicious individuals with a vendetta who either pay expensive amounts to try and hack people’s sites

‘ Most news sites are attempted by hackers regularly, depending on how long it takes them to realise they are wasting their time. All site owners are expected to have the most sophisticated security in place for their own benefit. Our Firefox security on your site blocked the attempts and nullified them.

‘Whilst Godaddy says its Firefox wall blocked all  attempts in a show of its technological efficiency, it still had to clear an awful lot of malware that must have slipped through the net somehow. Some malicious malware can be sent into a site through various avenues, but we can always quickly identify them, run a malware scan and eradicate them”.

Godaddy.com said the hacking attempts came from five countries including the United Kingdom and The United States Of America.

This is a list of data breaches, using data compiled from various sources, including press reports, government news releases, and mainstream news articles. The list includes those involving the theft or compromise of 30,000 or more records this is all due to hackers stealing the data.

Breaches of large organisations where the number of records is still unknown are also listed. The various methods used in the breaches are also listed, with hacking being the most common. Most breaches occur in North America.