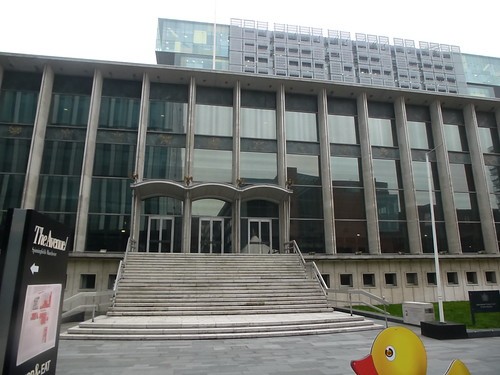 A gambling addict who stole more than £10,000 from his employer is now working in a casino as a team leader. Judge Suzanne Goddard QC said a casino could be a ‘very dangerous environment’for him, but his new employers have given the convicted thief a prominent role in their organisation.

Daniel Harrington stole the money during his time as chef-manager of a café operated by a catering company. The 24-year-old thief from Oldham has found  a new job as a team leader at a casino.He was ‘highly regarded’ and ‘well spoken of’ at the firm, Warrington-based Dine Contract Catering, where he had worked for three years.

Harrington stole the cash when fulfilling his duties of cashing up proceeds from the café and providing financial reports to company bosses. Harrington provided several  excuses, claiming on one occasion to have forgotten to send some cash for collection, and on another occasion to have cancelled one cash collection to reduce costs. However, his obvious theft was highlighted and he was eventually given the boot from the job.

Harrington, who betrayed the trust his former employers had in him produced a key that did not fit the company safe locks, forcing them to take it to a locksmiths

When it was opened, they found only £120 in coins. Asked why the safe was ’empty’, Harrington said: “I don’t know. My head is up my a***.” Harrington was subsequently suspended and the police were called in. Harrington  pleaded guilty to one count of theft by employee before magistrates, admitting stealing a total of £10,787.

Harrington said: “I can only apologize for what I put them through and for letting them down.

“Obviously I was highly regarded and worked very hard there, but I spiraled a long way

“I am not trying to justify anything I have done whatsoever. At the time I was under a great deal of stress.”

Harrington said he had a ‘horrible gambling addiction’ and suffered from mental health problems.

He now combines jobs as a chef and a role as a team leader at a casino in the evenings, the court was told. Sentencing, the judge told him: “This was a responsible job. Unbeknown to your employer and your family, you were in the midst of a gambling addiction.

“It seems robbing Peter to pay Paul was always going to be found out.

“By the time of the magistrates hearing you realized you had nowhere else to go.”

It remains a mystery how he was given a new job as Casino team leader, and may qustion the integrity of his new employers. He can hardly be trusted to operate with dignity there.