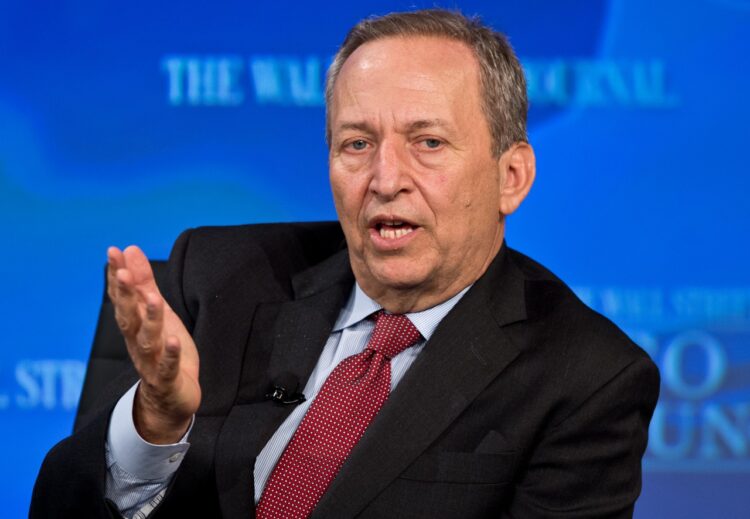 The former U.S Treasury chief, Larry Summers, (pictured)has attacked the strategy employed by new British chancellor Kwasi Kwarteng, as the pound fell below $1.09 on Friday for the first time since 1985.

Summers warned the pound could fall below the dollar due to the huge spending commitments outlined by Mr Kwarteng.

“It makes me very sorry to say, but I think the UK is behaving a bit like an emerging market turning itself into a submerging market,” Mr Summers told Bloomberg.

Summers said he would not be surprised if the pound fell below parity with the dollar if Truss’s government continues on its current path. “The UK is behaving like an emerging market turning itself into a submerging market,” he told Bloomberg TV.

“Between Brexit, how far the Bank of England got behind the curve and now these fiscal policies, I think Britain will be remembered for having pursued the worst macroeconomic policies of any major country in a long time.” he said.

Investors reacted badly at Kwarteng’s new mini-budget as they feared prospect of the Uk government borrowing to pay for the sweeping tax cuts announced by the new chancellor.

Critics of Kwarteng’s move are cynical about how the drop of the highest tax rate and lifting the cap on bankers’ bonuses, as they concluded the latest tax cuts as bneing beneficial to the rich but coming at a huge expense to the poor.

Kwarteng, who was hailed as the star cabinet member of Liz Truss’s new government, suddenly finds himself on the receiving end of criticism and scepticism following his economic initiative to address surging prices of energy caused by the war in Ukraine following the invasion of Russia.Larry Summers, the former US Treasury chief, said he would not be surprised if the pound fell below parity with the dollar if Truss’s government continues on its current path. “

‘His economic thinking … has been rather a rum mixture of hard-right thinktank and Surrey golf club.’ Chancellor Kwasi Kwarteng. Photograph: Anadolu Agency/Getty Imag

The cost of UK government borrowing took its highest leap in a single day for at least a decade, while the currency meltdown fuelled speculation the Bank of England would be forced to launch an emergency rate rise to mend the UK’s battered credibility with global investors.

Analysts at Deutsche Bank said the sell-off showed investors were “no longer willing to fund the UK’s external deficit position at the current configuration”, while adding: “The policy response required to what is going on is clear: a large, inter-meeting rate hike from the Bank of England as soon as next week to regain credibility with the market.”

The US investment bank JPMorgan said it exposed “a broader loss of investor confidence in the government’s approach,” while Citi said the chancellor’s tax giveaway, the biggest since 1972 risked “a confidence crisis in sterling”.

Fall Against The Dollar

The pound fell by three and a half cents against the dollar to a fresh 37-year low, trading below $1.09, as fears over the future path for the public finances also triggered a surge in government borrowing costs. The fall came after the chancellor announced £45bn of tax cuts directed at higher earners.

“I worked on some 60 fiscal events over 31 years. I can’t remember any generating as strong a market reaction as today’s,” said Nick Macpherson, the former permanent secretary to the Treasury under three chancellors.

The FTSE 100 finished the day down 2%, after recovering ground after falling below 7,000 earlier in the day for the first time since early March, after Russia’s invasion of Ukraine.

Two-year UK government bond yields – which are inversely related to the value of bonds and rise as they fall – jumped by as much as 0.4 percentage points to come close to 4%, reaching the highest level since the 2008 financial crisis.

The yield on 10-year bonds rose more than 0.2 percentage points, close to 3.8%, continuing a dramatic climb under way since Liz Truss took over as prime minister earlier this month. At the start of September, yields on benchmark UK sovereign debt have risen by almost one percentage point, significantly more than for comparable advanced economies.

Larry Summers, the former US Treasury chief, said he would not be surprised if the pound fell below parity with the dollar if Truss’s government continues on its current path. “The UK is behaving like an emerging market turning itself into a submerging market,” he told Bloomberg TV..

Britain’s experiment with Trussonomics comes at a challenging moment, as the US dollar strengthens on international markets, major central banks raise interest rates, and advanced economies around the world face an increase in borrowing costs amid lower growth and soaring inflation.

The pound also fell more than 1% against the euro on Friday, dropping to €1.12.The cost of government borrowing soared following the announcement, rising by near-record amounts, as investors did the sums over the new strategy.

The Institute for Fiscal Studies (IFS), an economic think tank, said the market reaction was “worrying” as the government’s new strategy relied on investors being willing to lend more to the UK.

“The plan seems to be to borrow large sums at increasingly expensive rates, put government debt on an unsustainable rising path, and hope that we get better growth,” said IFS director Paul Johnson.

Former prime minister, Boris Johnson, said the new strategy would inject demand into a high inflation economy, risking further price rises. At the same time the Bank of England was pulling in the opposite direction and was likely to raise interest rates even further in response to the £45bn tax reduction.

The Bank of England needs to make an emergency, unscheduled rate hike as soon as next week “to regain credibility with the market”, said Deutsche Bank strategist George Saravelos.

“Between Brexit, how far the Bank of England got behind the curve and now these fiscal

policies, I think Britain will be remembered for having pursuing the worst macroeconomic policies of any major country in a long time.”

Jane Foley, a currency strategist at Rabobank, said the sell-off of sterling showed investors have doubts about the government’s plans.

“They’re worried that some of these tax cuts that have been announced aren’t going to be fully funded. That will result in a large amount of debt at a time when the Bank of England is going to be selling some of its holdings of UK government debt,” she said.

“I think this government does need to provide a lot more reassurance that it does have fiscal sensibility in order. This is not the message that’s come across this morning.”

The UK’s FTSE 100 index of major shares fell more than 2%, dropping to its lowest level for more than two months, reflecting concerns that the plan to stimulate growth might not pay off.

The plan also contributed to a sell-off in US markets, where the three main share indexes fell more than 2%.

“Ultimately, the growth dice have been rolled. But it is too early to know if the gamble will succeed and boost confidence enough to encourage businesses and people to spend and invest, stimulating the UK economy,” said Karen Campbell-Williams, head of tax at Grant Thornton.

Thomas Pugh, economist at RSM UK said there was likely to be a boost to the economy of “roughly 1%” over the next year, reducing the risk of a longer recession, but that the longer term outlook was less positive.

“There was nothing in the budget that makes us more optimistic about the long-term growth trend of the economy. Trend growth is currently probably half of the 2.5% the Chancellor has set as his new target,” he said.