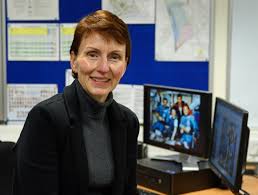 Dr Helen Sharman, who went into space 28 years ago emphatically said aliens exist and that “all sorts of forms of life” are alive in the universe – but perhaps we “simply can’t see them” as they are so different to humanity.

Helen’s decision to push her view or knowledge that aliens exists is being seen to be a deliberate move, according to various researchers assessing her decision to announce her beliefs so definitively. Either it is part of a driven agenda to spread the awareness of aliens in the Uk and push for more disclosure, or it is something she is just so passionate about.

From a broad assessment standpoint, it certainly serves some useful purpose to understand all that there is to the universe, especially as discovery and elevated knowledge is the ultimate aim of science today. If aliens exist, why shouldn’t that information be spread? The idea of other life besides human forms is nothing new these days, the question of what follows from that is the usual puzzle.

Helen was one of two Britons selected for astronaut training out of almost 13,000 applicants after it was agreed for the Soviet Space Agency to agree with a company to manage the British Mission. The programme, named Project Juno, was a co-operative arrangement and would enable Britain to send one of its people into space for the first time.

Helen underwent a rigorous selection process, which focused on psychological and medical assessments, including tolerance to high g and motion sickness, technical understanding, practical skills and the ability to learn a foreign language.

This was followed by 18 months of intensive training in Star City near Moscow, where learning to speak Russian and getting to know the cosmonauts’ families were part of her new way of life, along with preparing for weightlessness, learning how to cope inside a cramped space capsule and how to deal with a return to Earth that might end up in the sea.

Without making reference to the the multiple sightings of Ufos by pilots released by the U.S army in 2019, Dr. Sharman simply registered her view that the billions of stars in the universe provide confirmation that aliens exist. She did not add much supporting evidence  to her theory for reasons of he rown.

“Aliens exist, there’s no two ways about it,” Dr Sharman told the Observer Magazine. “There are so many billions of stars out there in the universe that there must be all sorts of forms of life.

“Will they be like you and me, made up of carbon and nitrogen? Maybe not. It’s possible they’re right here right now and we simply can’t see them.” As scientists become increasingly confident about the the likely correlation between the billions of stars in the galaxy and the existence of aliens, it becoming more of a consensus that humans are not alone in the universe

Several claims about alien sightings and abductions by unseen beings has done the rounds on the internet in the past few years, with a widespread view in many circles that there is a covert agenda for disclosure about aliens to happen sooner, rather than later.

Several Ufo enthusiasts have dedicated their time into the already saturated field of research associated with extra terrestrial beings, with even a couple of members Of The Eye Of Media.Com devoted to the course of collaborative efforts with like minds to unearth as much as possible about the alien phenomenon which has captivated humans for decades, becoming more acute in the last decade.

Several groups continue to explore the mysterious topic of aliens in search of conclusive answers about what they are and what their overall purpose is for existing. Observations about the various circumstances under which they are known to have shown up has led highly academic experts to speculate about their realm of operation and the properties they can be said to have.

Reports sanctioned by the U.S pentagon detailing the experiences of pilots who witnessed alien spacecraft  several decades ago was a turning point in what Ufo enthusiasts see as soft disclosure. Some would say Ms Sharman is subtly expanding that disclosure.

Joint assessments about their true identity has been an ongoing mission for truth seekers, who have been gathering copious information, accounts and testimonies and making extrapolations about them which is constantly updated.

One of the many conclusions from researchers into the alien phenomenon is that they are known to have disabled missiles, but they are also known to have caused hit planes and air crashes. Their are known to own stealth technology, as reported by several pilots who say Ufos have suddenly appeared in front of them at sudden speed.

The opposing functions they are known to perform have led to endless controversies of what they really are, and sceptics about their existence still remain have been declining fast over the years in Europe, with many more people now comfortably embracing their existence as almost a fact. Aliens are believed to have their own technology, enabling them to move hundred times faster than the fastest jet known to man.