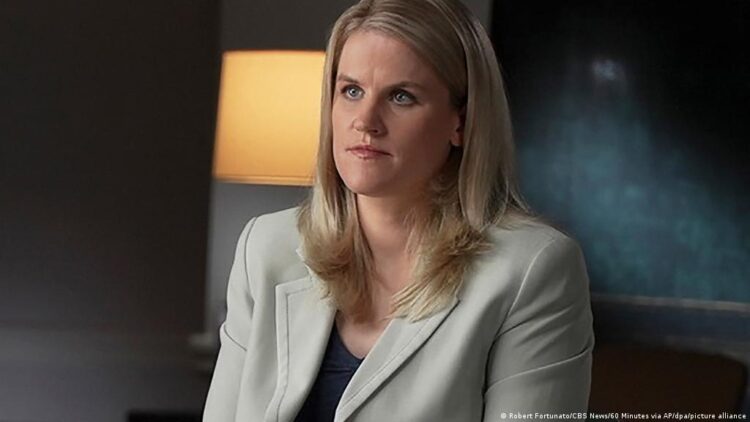 Ireland is under pressure from tech giants over how they are regulated, Facebook whistleblower Frances Haugen has said.

Haughan has called for national agencies to be stripped of their powers in favour of a centralised European body capable of addressing the issues and concerns raised around hostile and criminal activities on its platform.

Only a few weeks ago, the social media giant announced it was hiring 10,000 emplyees to help advance its new metaverse company- the latter refeerring to a theoretical virtual space where people can access the internet, for example using virtual-reality or augmented-reality headsets.

The social media giant said it was targeting countries including Germany, France, Italy, Spain, Poland, the Netherlands, and Ireland.

However, in an addressal to the European Parliament, the former Facebook manager who leaked thousands of documents revealing internal concerns about the harmful effect of its platforms, said that the European Union had a “once-in-a-generation” opportunity to tame the network with forthcoming regulation.

She suggested that current rules that give national agencies like Ireland’s Data Protection Commission the role of enforcement on global multinationals based in the country  should place an excessive “burden”, and that there are too few specialised staff to fill national agencies.

“With regard to the challenges of enforcement, giving Ireland the burden of having to enforce all these rules – because you’re right, most of the tech companies are out of Ireland – I think there’s a real, real need for there to be some kind of centralised authority in Europe,” Ms Haugen said.

“If there’s only maybe 200 or 300 people in the industry who have enough experience and insights around how these systems work and what the consequences of them are, if we expect to spread them across 27 agencies, I think it’s going to be very ineffective, you’re not going to get the critical mass in any one place,” she explained.

Ms Haugen also said that Irish regulators work in a situation where there is a conflict of interest between the economic benefits brought by multinational tech companies and the task of holding them to account.

“I think there’s also that conflict of interest factor, that Ireland benefits a lot from having those tech companies there, and I think it puts them under unfair pressure to have to hold those things in tension,” Ms Haugen told MEPs.