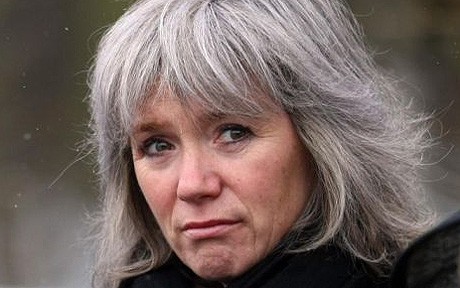 A former Conservative MP formerly caught up in a parliamentary expenses scandal after has been appointed by the Department Of Education to join Ofsted’s board.

The appointment is a distinguished one and flies in the face of  her unsavoury history in relation to the distasteful scandal that tarnished her reputation. Julie Kirkbride  joins two other new Star Academies including, chief executive Hamid Patel, Education and Skills Funding Agency board member Martin Spencer, Bath College chair Carole Stott, as well as Conservative peer Laura Wyld. Hamid Patel is chief executive of Star Academies, a top academy trust often lauded by ministers. In 2018, Star was lauded for having the highest overall progress 8 score of any trust, and also topped league tables for EBacc entries and average EBacc point score.

They will each be paid £8,282 for around 20 days’ work a year. The role of the board is to ensure Ofsted’s work is carried out “efficiently and effectively”.

Kirkbride was the Conservative MP for Bromsgrove from 1997 until 2010, when she stood down over criticism of accommodation expenses claimed by her and her MP husband Andrew Mackay. Kirbride and her husband  who own two homes in Bromsgove and London, came under fire when they both  claimed for one as their second home, leading to the tax payer paying for each home .

The couple  were ordered to pay back £60,000 between them following an investigation into MPs’ expenses, which rocked Westminster around a decade ago. The Department Of Education was unable to immediately tell The Eye Of Media.Com why the scandal Kirkbride and her husband were caught up in with respect to tax payers money had no bearing on her appointment with Ofsted.

”We received over 400 applications of which 18 were interviewed by an advisory assessment panel,” said a spokesperson.

Julius Weinberg, the chair of the Ofsted board, said the “expertise, experience and passion” of the new board members “will be of great value to us”.

“We already have a strong board at Ofsted. Our new members will bring perspectives and knowledge that will help as we continue to support the executive team in the important role we perform.”

P.S; Both authors contributed to this article.