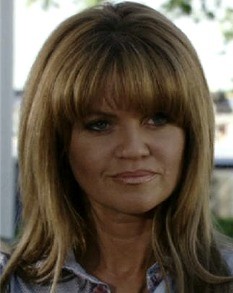 A close acquaintance of the former east enders star told the eye of media.com that Westbrook has had her fair share of troubled experiences and has ”her sights set on a brighter future”.
Others who know the actress believe Westbrook wants a psychic to confirm whether 26-year-old entrepreneur, Jack Knowles- with whom she made a spectacular entrance yesterday at the launch of a £3m Biekellar bar on broad street in Birmingham- is the right man for her.
Knowles is the business guru  who launched Temptr- a dating app to rival Tinder- is the right man for her.  with whom he made a spectacular entrance yesterday at the launch of a £3m. Our source said ” Westbrook only wants what is best for her and because there was a psychic at the event believed to be good, she wasn’t going to miss the opportunity to get a reading”.
Psychics are used by a number of celebrities eager to know what the future holds. Some people have reported receiving  an accurate reading from Psychics, but it can be dangerous to rely on psychic information when building one’s future. They can’t always be relied upon, but their credibility will ultimately depend on the quality of their success rate.
Daniella Westbrook was beaming with joy and excitement as she joined Dj Dammon Mess on the deck in full spirits. At 43, Westbrooks will not want to make any more mistakes in the relationship department or indeed anything.
The glamorous launch party hosted by Biekeller yesterday which Danielle Westbrook attended was a hit entertained with live performances from X Factor finalist Anton Stephens and Voice finalist Lydia Lucy.  Westbrooks has certainly been gearing up well for the festive season. I
Westbrook’s exuberant spirit lately is a far cry from  her degenerated mood a while back when she admitted suffering a cocaine relapse following a recent relationship broke down with former boy friend, George Arnold.
Our source  told the eye of media.com”Daniella looked in her element without a cre in the world. She looked so gorgeous and glamorous, her drug issues are no doubt behind her now”.
Spread the news
1
1
Share