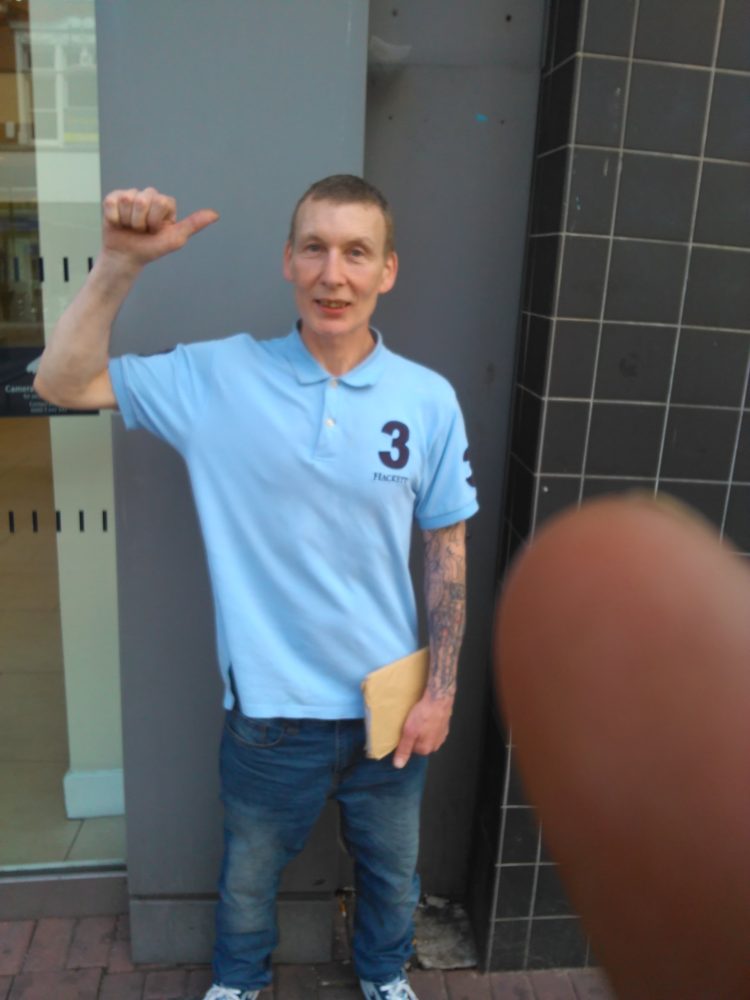 A former heroine and crack addict has given up after 25 years of slavery to the evil drug.

50 year old Reg Turner was hooked on heroine and crack cocaine since he was 25 years of age. He began begging and stealing to support his habit

He told the eye of media com:

” I was injecting everyday. I did whatever had to be done to get money to support my expensive habit. I would steal from shops, houses, I was a pro at it.

I couldn’t sleep at night without a fix, it was bad. I feel I have waisted half my life on drugs, but I’ll do the best with the rest of it “.

Turner gave up during a 3 week sentence in jail in May. He has only been out a week and a half. ” I have now been clean for a month or so. I’m never going back to that gutter lifestyle. I can’t even believe I lived like that”.

Turner now plans to start a designing business. ” I’m fed up of living they way I was. I have ambitions I now want to pursue. Design and building things is something I am good at.

“I’ve been a blind fool for half my life but I’m turns Ng a new leaf now “.

Turner’s story was brought to the attention of the eye of media.com by crack and heroine addicts who are still prisoners to their addiction.

We were recording a profile of some the life history and background of drug addicts in Leytonstone for research purposes . Participants were given £5 worth of food each, instead of their preferred option of drink or drugs.

One of the guys referred us to Turner who formerly frequented East and North London, as well as Essex to beg for money to support his habit.

” I made my mind up when I went to jail that I will roast until I come out, and keep it that way. I will never touch drugs ever again.