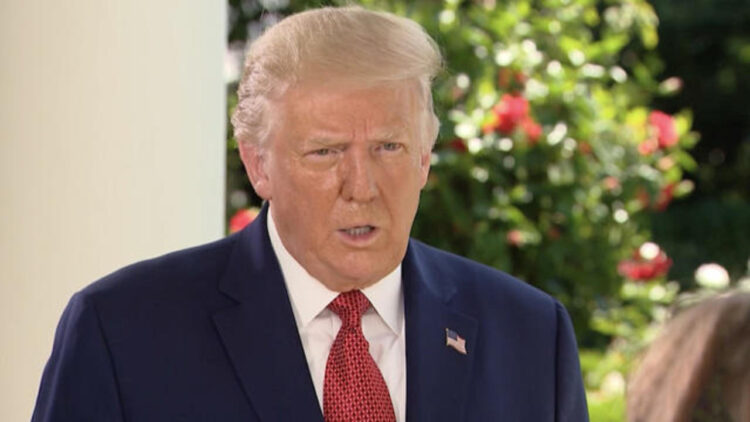 U.S President, Donald Trump,  told a crowd of predominantly white supporters in Minnesota that they have “good genes” , referencing the “racehorse theory,” which promotes the view some people have superior genes.

Minnesota-a predominantly white town- with a 20% minority population- had many of its inhabitants gather to listen to Trump. Minnesota is a highly religious city, with many of its evangelical christians leaning towards the U.S president for his strong commitment to the faith, overlooking any unholy past or present conduct of the president.

Minnesota is roughly 79% white, and the crowd on Friday appeared to reflect that.

Trump, one of the most unusual presidents in American history, was in high spirits at the beginning of a campaign event at the Bemidji Regional Airport
The president’s comments on “good genes” prompted alarm on social media and comparisons to the Nazi obsession with the “master race” and eugenics.

Trump’s compliments could have meant anything from an appreciation of the crowd to the most cynical interpretation of his words. Commentators were quick to attack the president for his words.

“As a historian who has written about the Holocaust, I’ll say bluntly: This is indistinguishable from the Nazi rhetoric that led to Jews, disabled people, LGBTQ, Romani and others being exterminated. This is America 2020. This is where the GOP has taken us,” Steve Silberman, an author and historian, tweeted.

Trump is known for being somewhat obsessed with the idea of having good genes.

“I have Ivy League cation, smart guy, good genes. I have great genes and all that stuff which I’m a believer in,” Trump said at a 2016 rally in Biloxi, Mississippi.

“I’m a gene believer,” Trump told CNN in 2010. “Hey, when you connect two race horses you get usually end up with a fast horse.”

“I’m proud to have that German blood … Great stuff,” Trump  is quoted as saying in a 2014 documentary.

The American president may simply be proud of his genes, but some of his critics consider his comments to be an indication that he considers people from other parts of the world to have inferior genes. Trump can still defend himself against such criticisms by arguing that being proud of his genes is not evidence that he looks down on other genes.

However, for a president who is on record for retweeting sentiments expressed by some right wing groups, the most extreme interpretation of his words is the most likely to be taken by his critics.