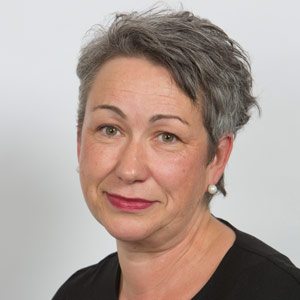 A criminal barrister is to examine the need to reform the law before presenting her findings and recommendations to the Lord Chancellor, Robert Buckland QC MP.

The will better consider whether the law could better protect the public, and ensure sentences reflect the severity of these crimes.

It follows an initial review carried out by the Ministry Of Justice which looked in detail at more than 100 cases, including analysis of the sentences imposed, sentencing remarks, as well as information on the gender of perpetrators and victims and the method of killing. This was in response to a number of cases in which concerns were raised about the minimum term for murders committed with a weapon.

The call for the bright barrister’s insight and assessment on the law on domestic homicide has particularly been influenced by concerns that women who defend themselves against violent men  by using weapons available to them, have in many cases found themselves facing the wrath of the law, when they wee in fact victims.

Activists fighting for justice for women feel the law needs to take some of the difficult circumstances vulnerable women find themselves in, especially in the face of an abuser.

Ms Wade QC has formerly worked with the Law Commission now provide further analysis of this data and produce a report for Ministers to consider later this year.  She acted as the defence barrister for Sally Challen, who was the first woman to have her murder conviction quashed under coercive control laws, is to lead a review into domestic homicide laws.

We want to take a closer look at how the law is working to ensure the public is protected and that sentences reflect the severity of these heinous crimes.

I am delighted Clare Wade QC can bring her unparalleled expertise to this complex piece of work before we consider any future proposals.

Ms Wade QC has decades of experience working on both murder and manslaughter cases and, in recent years, has specialised in domestic homicide. Ms Challen’s murder conviction for killing her husband was quashed on the grounds that she had been subjected to coercive control for many years.

I strongly welcome the review into domestic homicide sentencing, and the appointment of Clare Wade QC to lead this vital piece of work. It is time that we ensured that sentencing for domestic homicides truly reflect the reality and gravity of domestic abuse, which so often follows prolonged periods of abuse. Victims and their families deserve no less.

‘I’m pleased the Lord Chancellor has reflected on the Domestic Abuse Commissioner’s and my concerns and committed to this review and I’m delighted at the appointment of Clare Wade QC, an incredibly effective and well-respected individual and a former professional colleague.

Evidence shows that women are more likely than men to use a weapon to defend themselves against an abusive partner, but this attracts a longer sentence than violence without a weapon. The fear is women – who are themselves victims – are serving lengthy jail sentences for simply choosing to survive.

Today’s (9 September 2021) announcement builds on the government’s recent action to ensure that sentences reflect the severity of crimes whilst protecting the most vulnerable and better supporting victims. The landmark Police, Crime, Sentencing and Courts Bill will see the most serious offenders locked up for longer and includes measures to introduce a sliding scale for youth offenders who commit murder which would set new minimum terms based on age and seriousness of offence, and reducing the opportunities for over 18s who committed murder as a child to have their minimum term reviewed.