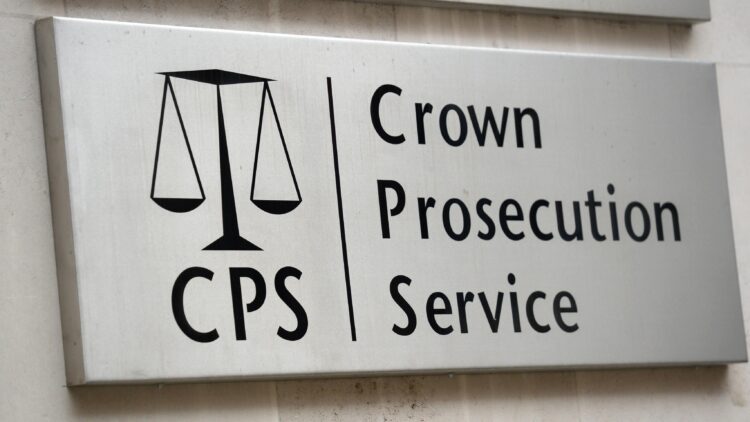 The racist actions of five police officers sacked from an elite Hampshire Police unit were never presented to the Criminal Prosecution Service(CPS), it has been revealed.

The revelation came to light after The Eye Of Media.Com spent some time evaluating the handling of  racism in the Hampshire Police Force. Hampshire police were probed by this publication for three days, during which they initially appeared evasive about the matter at hand.

Scrutiny of the case came about after the matter was flagged up by two members of our Thinktank, who spotted the fact the guilty police officers had escaped the legal consequences of their actions.

The racist offences of the officers were so severe, it beggars belief that no actions were taken to bring them before a court of law.

One of the officers stung by a bugging device, was heard referring to a black police officer as a pavement special, that is a mixed-breed dog’, and the part of the office where he worked was labelled, ‘Africa corner’.

Beer also described obscene and sexist language used against women: “Women were called or referred to as ‘whores’, ‘sluts’, ‘sweet tits’ or ‘sugar tits’, ‘Dorises’, ‘a fucking Doris’ … A suspect is called a ‘fucking cunt’. And the officers ponder amongst themselves if a person using the Tannoy system is ‘getting any cock’.” Language so reprehensible, one has to wonder how to wonder how widespread disgraceful attitudes like these are in the force.

Seven police officers from Hampshire spoken to by our research team agreed that the offences unarguably meets the criminal threshold for prosecution.

Hampshire police eventually told this publication in writing that a prosecution was not pursued because the Crown Prosecution Service(CPS) concluded the offences did not meet the criminal thresh hold for prosecution.

The CPS on the other hand, has wholly denied the claim  by Hampshire police in writing. The CPS confirmed to this publication first on phone that all racist conduct is criminally liable, and  prosecutable.

A  written statement subsequently sent to us from the CPS spokesperson read: ”there is no record of these individuals,(the sacked police officers caught being racist after being bugged), so that suggests we haven’t been referred a file in this case”. 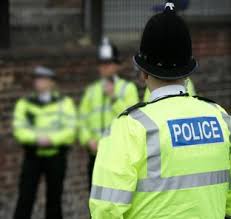 The  racist police officers  were members of the Serious Organised Crime Unit in Hampshire.

The officers were so overt in their racism, the case is one of the worst to come from police officers in the UK, who are meant to be law abiding people.

Throughout the time of the offences, a song was being sung in the background, to the tune of, Buffalo Soldier’.

The officers also said Albanian nationals should be shot and that “illegal immigrants deserve the death penalty. The offences were shocking and exposed an intolerable level of racism in Hampshire Police.

The disgraceful affair was compounded by the fact one of the officers, Oldfied, interrupted the ruling by shouting , ”This is an absolute disgrace. It is absolutely ridiculous. Unbelievable’.

The lack of remorse on the part of the offending officer underpins the extent of his racism. The foolish officer knew what he was doing objecting to an outcome he knew was fitting for his offence. But in fact, the ruling did not go far enough. because PC Oldfield escaped the legal consequences of his actions.

Racial discrimination laws as well as those for other disadvantaged groups have existed in the UK for decades.

Although, racist offences fall under the criminal category, there is a general view that the police fail to prosecute in cases of racism and take them seriously. This case in which racism in its most deplorable form was explicitly demonstrated provides a perfect example of the police to fully deal with racism.

Many police forces in the UK say they have come a long way since the Mcpherson report which branded the force institutionally racist. The shameful level of racism exhibited by the five officers in Hampshire Police Force does not show a departure from the inherited stigma still latching on nearly three decades later.

Found guilty of misconduct, following an investigation launched between 09 March and 02 April 2018, a tribunal chaired by Jason Beer finally in 2021 delivered the verdict and accompanying sanctions within the spectrum of police disciplinary measures. However, the levity of the offence, merited the legal system.

The shameful and shocking findings finally came to light after the National Police Chiefs Council announced drawing up Plans of Action to address racial inequalities in the criminal justice system in June 2020. The fresh plans were triggered by the Black Lives Matters campaign.

The Hampshire investigation which began in 2018,  re-opened in October 2020, after two long years of gathering dust . The explosion of the Black Lives Matter campaign was a trigger for the case.

A  social worker who first flagged this issue up for close inspection said: The maximum penalty for the unbelievably atrocious, so-called professionals handling sensitive work relating to vulnerable people has been a sack”.

The unacceptable failing has called for the offending officers to be tracked for further investigation. While the Hampshire Chief Constable, Oliva Pinkney accepted the ‘disastrous’ episode had undermined and damaged the trust of their communities and damaged the reputation of their communities, and Jason Beer QC described the unit as ‘plain nasty’. the guilty officers had a different perception:

‘They claimed the investigation into their behaviour had ‘lost all sense of perspective’.

There are standard expectations of how misconduct in the police should be dealt with. There is a wide spread view that the police tend to shirk their responsibility to pursue racist complaints and racist offences

Misconduct of any sort which meets the threshold of criminal offence with relevant statutes of law should essentially go beyond in-house police procedures and be referred to the Criminal Prosecution Service (CPS).

A state of affairs that reveals one rule for the public and another for supposed law enforcement personnel, begs the question of social justice.

The CPS uses definitions agreed with the National Police Chiefs’ Council to identify racist or religious incidents and to monitor the decisions and outcomes:

The Justice Act (CJA 2003) also stipulates legitimate grounds for prosecution where there is evidence of hostility based on membership (or presumed membership) of a racial or religious group, including minor offending. There is no evidence whether the guilty officers were part of a racist organisation, but they meet the thresh-hold of criminal prosecution.

One of the factors used in determining whether a criminal complaint for racism is valid is :”Any incident/crime which is perceived by the victim or any other person to be motivated by hostility or prejudice based on a person’s religion or perceived religion.”

Perception alone does not constitute racism, but rather racist or religious hate incidents can take many forms including, verbal and physical abuse
bullying or threatening behaviour, online abuse.

Racially or religiously aggravated offences under the Crime and Disorder Act 1998, or any other offences for which the sentence can be increased under the Criminal Justice Act 2003, are classed as a hate crime.

The offending officers did their photos not being published, even though images of criminals are routinely put out to the public

A study of more than one million court records found that black offenders were 44% more likely than white offenders to be sentenced to prison for driving offences, 38% more likely to be imprisoned for public disorder or possession of a weapon and 27% more likely for drugs possession

The grand total of police officers Investigated, reprimanded or sacked for racism cross the country from 2014 and 2017 was 2289, an average of 572 annually.

The high statistics highlights the extent to which racism is alive in the police force, though it must be said that a lot of police officers are decent law abiding people. The rotten apples in their midst must be eradicated.