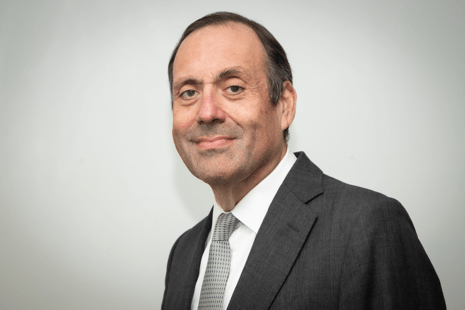 Council leaders in the Uk  have highlighted safeguarding and resource concerns, after the Uk government opened its Homes for Ukraine scheme to unaccompanied children.

Homes in the Uk under the scheme who commit to looking after children from Ukraine  will need to be personally known to the child’s parents, and  commit to caring for the child for up to three years or until they turned 18 and the sponsorship had lasted six months.

The Department of Levelling  up, Housing and Communities (DLUHC) said “further security checks” would be conducted to ensure the safety of unaccompanied children though did not specify what these would be.

The DLUHC added that councils, who are responsible for checking the accommodation and living arrangements of all sponsors under the scheme, would also need to undertake regular checks on all the children concerned, and  overrule sponsorship agreements where  reasonable doubts surrounding suitability arise.

Authorities would be able to use existing statutory powers to protect children where there were concerns. Existing guidance on the Homes for Ukraine scheme will include  section 17 of the Children Act 1989, or require accommodation, under section 20.

Families accepted to accommodate children from Ukraine will be paid a  £38o a month amount from the government to incentivise  families to take on children.

The Association of Directors of Children’s Services said  have expressed disappointment that the DLUHC had not provided the “robust guidance” and “sufficient funding” that councils “urgently” needed to keep children safe and meet their needs.

The schemes have been beset with delays to processing visas – and some have warned of safeguarding issues and mismatches between hosts and refugees.  Home Office figures published last week showed 660 refugee households across England had been given homeless prevention or relief duties by June 3, including 480 households with children.

The DLUHC said councils would receive the £10,500 per person plus sums of between £3,000 and £8,755 per child to cover childcare or education costs allocated generally under the scheme, but did not mention additional resource for unaccompanied children.

“We eagerly await the guidance to understand better what the expectations are for local authorities,” said ADCS president Steve Crocker, who highlighted, in particular, cases where a placement with a sponsor broke down.

“To keep children safe and to ensure their immediate and future needs can be met, it is vital that all the necessary checks are completed prior to visas being issued and that funding is forthcoming before checks are undertaken,” he added. “Should the situation arise where a child’s placement breaks down, the legal status of those children and the role of the local authority needs to be clearly set out in guidance.”

“We do have real concerns about the potential for children to come to stay with adults they don’t know or don’t know well, and we want to ensure there are effective checks in place given there will always be people who abuse these systems and who pose a significant threat to children travelling on their own,” said LGA chair James Jamieson.

However, he said the LGA was pleased that the government was working with councils to “develop a robust system that establishes appropriate safeguards and minimises the risks to children while ensuring we can play our part in supporting the people of Ukraine”.

Crocker also raised concerns about the number of different schemes for settling unaccompanied children in the UK, such as that related to young people coming from Afghanistan.

He said it would be “important for  the government to consider these schemes together to understand the pressures on the system as a whole and to ensure equity between the different schemes”.

“We understand families are having to make difficult decisions to separate from their children where it is in their best interest , which is why we have extended the Homes for Ukraine scheme to allow this.”