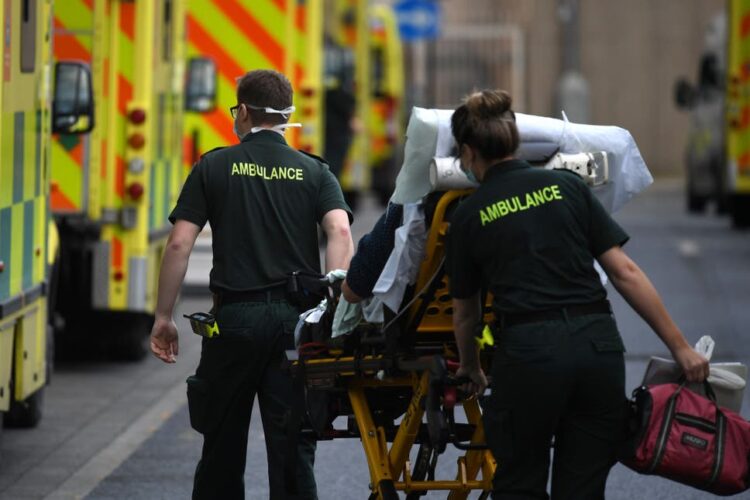 Coronavirus infections in England  have fallen since January, according to scientists .

Imperial College London’s React study have  found infections have dropped by two-thirds across England since lockdown began, with an 80% fall in London.

Nevertheless, the study indicates that virus levels are still high, with one in 200 testing positive between 4 and 13 February.

The interim findings based on over 85,000 swab tests from randomly selected people suggests social distancing and restrictions are having a positive effect.

Prime Minister Boris Johnson is currently waiting  receive new data on the effect of vaccines on the spread of coronavirus, in advance of Monday’s publication of a roadmap for easing the lockdown in England.

Mr Johnson has expressed an understanding of the inconvenience posed by the lockdown, but has emphasised the need to take a data led approach to easing the lockdown.

The easing of the lockdown is expected to take a phased approach, beginning with the re-opening of schools in March, then other parts of the economy, including  the hospitality sector, with night clubs expected to open last.

According to the Imperial College London, 0.51% of people in the study tested positive in England, down from 1.57% in early January. In London, positive tests fell from 2.83% to 0.54% over six weeks.

The researchers estimated the R number – the average number of people one infected person will pass the virus on to – was around 0.72.

Prof Elliott told BBC Radio 4’s Today programme: “Nobody wants to be in lockdown any longer than they have to be but a note of warning – the prevalence rates are still very high. They are as high as they were in September when they were on the increase and the numbers of people in hospital currently are at a level that they were in the first wave so we really have to be cautious.”

The report found falls in infections across all age groups, with 18 to 24-year-olds and five to 12-year-olds currently having the highest virus levels – although still below 1%.

It estimates the over-65s have the lowest levels of virus at 0.3%.More young children have been attending school during this lockdown than during the last one, which may have helped keep virus levels slightly higher in these age groups.

But the researchers stressed opening schools to all children was a high priority and there would have to be a “trade-off”.

Dr Mary Bousted, joint general secretary of the National Education Union, said in a tweet that the results of the React study made “the strongest case for a phased reopening of schools”.

A “big bang” reopening with the current high rates of infection and hospitalisation would “jeopardise full and sustained school reopening”, she added.

The study identified groups that were more likely to test positive – including people of Asian ethnicity, those working in healthcare or care homes, people living in the most deprived areas and those in larger households.

Prof Elliott said the study had not seen an impact from the vaccination programme on infections yet, with all age groups seeing a drop in rates, but said the team would keep a “close eye” when it had an effect on transmission.

The report is yet to be peer-reviewed or published. A think tank focusing on people with lower incomes says the furlough scheme must be wound down gradually to prevent mass job losses.