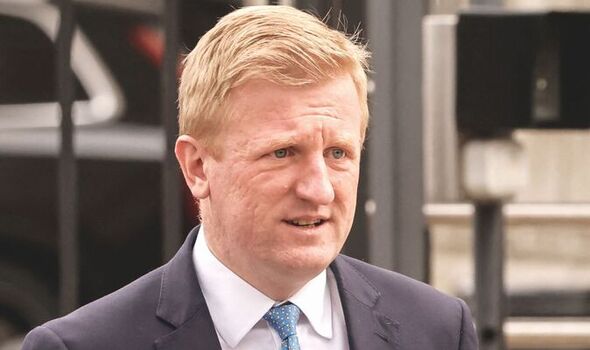 Conservative co-chair Oliver Dowden has resigned following two by-election losses for the party to Labour and the Liberal Democrats.

His resignation was in a reaction to the shock in the way the Lib Dems overturned a huge Tory majority in Tiverton and Honiton, Devon, their third by-election victory over Boris Johnson’s party in a year.

Labour retook the seat of Wakefield, West Yorkshire, which it lost at the 2019 general election.

The prime minister said in response to the results that  he would “keep going” and address people’s concerns.

In a letter to Mr Johnson, Mr Dowden said Tory supporters were “distressed and disappointed”.

He wrote: “We cannot carry on with business as usual. Somebody must take responsibility and I have concluded that, in these circumstances, it would not be right for me to remain in office.”

Mr Dowden also called his resignation “a deeply personal decision that I have taken alone” following a “run of very poor results for our party”.
The by-election results follow months of criticism of the prime minister over parties in Downing Street during lockdown.

Speaking in Rwanda, where he is attending a Commonwealth heads of government meeting, Mr Johnson said: “We’ve got to recognise there is more we’ve got to do and we certainly will.

“We will keep going, addressing the concerns of people until we get through this patch.”

In a letter to Mr Dowden, he wrote that he understood his “disappointment” at the by-election losses, but added that the government had been “elected with a historic mandate just over two years ago”.

“We all take responsibility for the results and I’m determined to continue working to tackle the cost of living, including delivering NICs [National Insurance contribution] changes saving 30 million people on average £330,” he added.

Leader of the Welsh Conservatives Andrew RT Davies said prime ministers “have to look in the mirror and ask themselves ‘can they continue to deliver for their country and for the people who have put them into office?'”

Speaking to BBC Radio Wales, he said that was becoming “more challenging” for Mr Johnson.

At the last general election, the Tories had a 24,239 majority in the mostly rural constituency.

Boris Johnson will need to come up with special new policies and a major strategy to turn around the mood of the British people over partygate, so the country can move on and perhaps forgive his party.