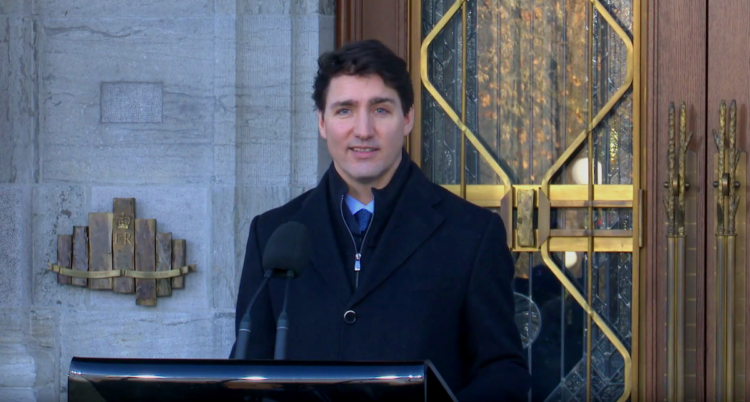 Canadian Prime Minister Justin Trudeau has denied playing any role in picking a charity with ties to his family in order to manage a major government programme.

Testifying to the Cnadian House of Commons, mr.Trudeau rejected any involvement by him or his staff in the programme that has caused a huge political controversy in Canada.

Mr Trudeau is being investigated by a federal watchdog for failing to recuse himself from decisions around the programme.

On Thursday, Mr Trudeau told the finance committee in Ottawa that the decision to tap WE Charity for the student volunteerism programme was made independently by the federal public service.

He says he only learned that the charity had been recommended by the public service for the programme in early May. WE Charity had previously paid the prime minister’s mother and brother to speak at events between 2017-18 . Mr Trudeau and his wife were involved with the organisation.

The Canadian prime minister said he expected there would be scrutiny over the agreement because of those ties, and asked bureaucrats to “do their due diligence” when he first learned of the plan to have them manage the programme.

According to him, he was told two weeks later that WE Charity was the only organisation that could administer the programme.

The controversial case centres around the decision to have WE Charity administer Canada’s new Student Service Grant Programme.

The programme, with an initial budget of C$912m ($680m, £534m), was meant to give students grants for volunteer roles to help make up for the lack of summer jobs due to the pandemic. WE Charity had previously paid the prime minister’s mother and brother a total of over C$280,000 to speak at events between 2017-18.

Mr Trudeau and his wife Sophie Gregoire Trudeau have both regularly appeared in the charity’s events.
Trudeau’s family members were also reimbursed for some expenses related to these events. The charity’s WE Day motivational speaking conferences have become rites of passage for many young Canadians, who are drawn to its message that they can change the world. The roster of celebrity speakers and performers has also appealed to many participants.

The organisation  is now a wide-ranging, with operations in the UK, Canada and the US.
In 2017, a government ethics watchdog ruled that the prime minister violated conflict of interest rules when he and his family vacationed with billionaire spiritual leader Aga Khan.

The billionaire’s foundation is a registered lobbyist and has received hundreds of millions from the federal government over the past several decades, from both the Liberal and Conservative parties.
Last August, the federal ethics tsar found that Mr Trudeau broke federal conflict of interest rules by trying to influence a former minister in the SNC-Lavalin corruption inquiry.