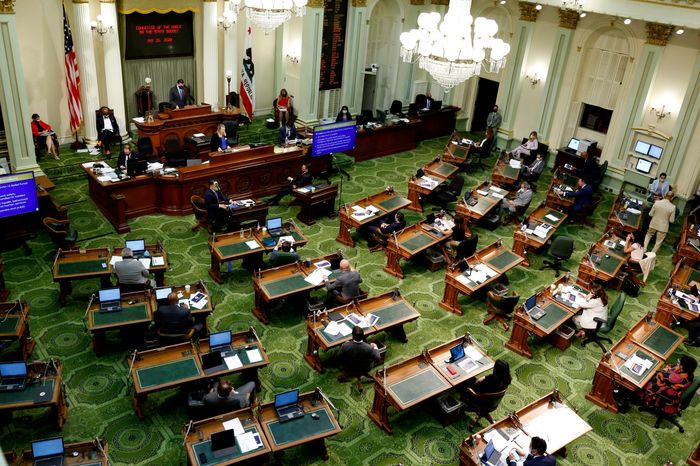 California lawmakers have  on Thursday approved the first state-funded guaranteed income plan of $35m, which will be used for monthly cash payments for eligible pregnant people and young adults who recently left foster care.

The votes — 36-0 in the Senate and 64-0 in the Assembly — showed there is wide bipartisan support for an idea that is gaining momentum across the country. Dozens of local programs have sprung up around the country in recent years, including some that have been privately funded, making it easier for elected officials to sell the public on the idea. Lawmakers  approved  to other spending proposals Thursday, offering new details to the fiscal plan negotiated with Newsom over the past few weeks.

Under the  tax payer funded scheme, local governments and organizations will be able to apply for the money and run their programs. The state department of social services will decide eligibility for the funding. California lawmakers left it up to local officials to determine the size of the monthly payments, which generally range from $500 to $1,000 in existing programs around the country.

The vote coincided on a day when millions of parents began receiving their first monthly payments under a temporary expansion of the federal child tax credit many view as a form of guaranteed income.

“Now there is momentum, things are moving quickly,”  Michael Tubbs, an adviser to California’s governor, Gavin Newsom, who was a trailblazer when he instituted a guaranteed income program as mayor of Stockton. “The next stop is the federal government.”

This guaranteed income program gives money to people with no rules on how to spend it, unlike any of such funding  programme which has existed before that.  The idea is to reduce the stresses of poverty that cause health problems and make it harder for people to find and keep work.

Guaranteed income programs date back to the 18th century. The US government even experimented with them in the 1960s and 1970s during the Nixon administration before they fell out of favor.

Other programmes  have been announced in New Orleans; Oakland, California; Tacoma, Washington; Gainesville, Florida; and Los Angeles – the country’s second largest city, which has a plan to give $1,000 a month to 2,000 needy families.

Santa Clara county’s program has cost the county $1.4m so far. Participants get the money on a debit card, which they can use for purchases or to withdraw money from an AT