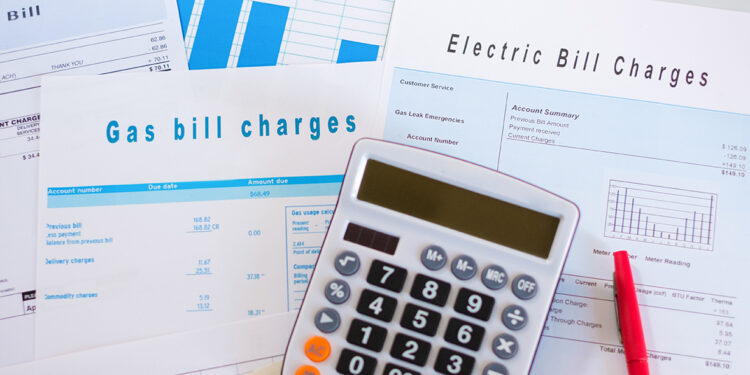 The British government has confirmed its plans to help non-domestic energy users with their energy bills this autumn.

Under a new government Energy Bill Relief Scheme, the Uk government said it will provide a discount on wholesale gas and electricity prices for all non-domestic customers (including all UK businesses, the voluntary sector like charities, and the public sector such as schools and hospitals) whose current gas and electricity prices have been significantly inflated in light of global energy prices.

Hospitals, schools and charities will also benefit from the wide support, the government said.

The move comes after ministers announced a £150bn plan to help households with their soaring bills for two years.

The business department has now announced a “supported wholesale price” expected to be £211 a megawatt hour for electricity and £75 a MWh for gas, which it said would be less than half the wholesale prices anticipated this winter.

The cap means that electricity prices for business customers will still be about double what they were in October 2021, when the price per megawatt hour was £117, but more than half the forecast winter prices of about £540.

This support will be equivalent to the Energy Price Guarantee put in place for households. It will apply to fixed contracts agreed on or after 1 April 2022, as well as to deemed, variable and flexible tariffs and contracts. It will also apply to energy usage from 1 October 2022 to 31 March 2023, running for an initial 6 months period for all non-domestic energy users. The savings will be first seen in October bills, which are typically received in November.

The Department for Business, Energy & Industrial Strategy said emergency legislation is being introduced to underpin the scheme which will be subject to the standard parliamentary process for emergency legislation and will be introduced at the earliest opportunity when Parliament is back from recess in October. The precise timeline will depend on parliamentary scheduling and is still to be confirmed.

The government has set a Supported Wholesale Price expected to be £211 per MWh for electricity and £75 per MWh for gas, less than half the wholesale prices anticipated this winter – which is a discounted price per unit of gas and electricity, to administer support.

This is equivalent to the wholesale element of the Energy Price Guarantee for households. It includes the removal of green levies paid by non-domestic customers who receive support under the scheme. The level of price reduction for each business will vary depending on their contract type and circumstances:

Ministers say their plan to reduce rates to a “government-supported price” of £211 per megawatt hour for electricity and £75 for gas will equate to a saving of £4,000 for a school paying £10,000 a a month for energy.

Wholesale costs this winter are expected to be around £600 per megawatt hour for electricity and £180 for gas. School leaders had warned they faced “apocalyptic” bill hikes of as much as 500 per cent.

The Department for Business, Energy and Industrial Strategy said it would compensate energy suppliers for the reduction, which will initially apply to energy use between October 1 2022 and March 31 2023.

Prime minister Liz Truss said she understood the “huge pressure businesses, charities and public sector organisations are facing with their energy bills, which is why we are taking immediate action to support them over the winter and protect jobs and livelihoods”.

The discounts will apply to business and public sector organisations on existing fixed price contracts agreed on or after April 1.

They will also apply to those signing new fixed-price contracts, those on “deemed” or out of contract or variable tariffs, and those on flexible purchase or similar contracts.

For fixed contracts, the discount will reflect the difference between the government’s price and the “relevant” wholesale price for the day the contract was agreed.

For variable, deemed and other contracts, the discount will reflect the difference between the government’s price and wholesale price, but will be subject to a “maximum discount”.

BEIS said the amount of this maximum discount was “likely to be around £405/MWh for electricity and £115/MWh for gas, subject to wholesale market developments”.

The difference between the two rates would be worth £240 per megawatt hour for electricity and £70 for gas, leading to a reduction in their monthly bill of £4,000, or 40 per cent.

The support will be “automatically applied to all eligible bills”, and schools “do not need to take action or apply to the scheme”.

Savings for energy used in October will be seen in October bills, which would usually be received in November.