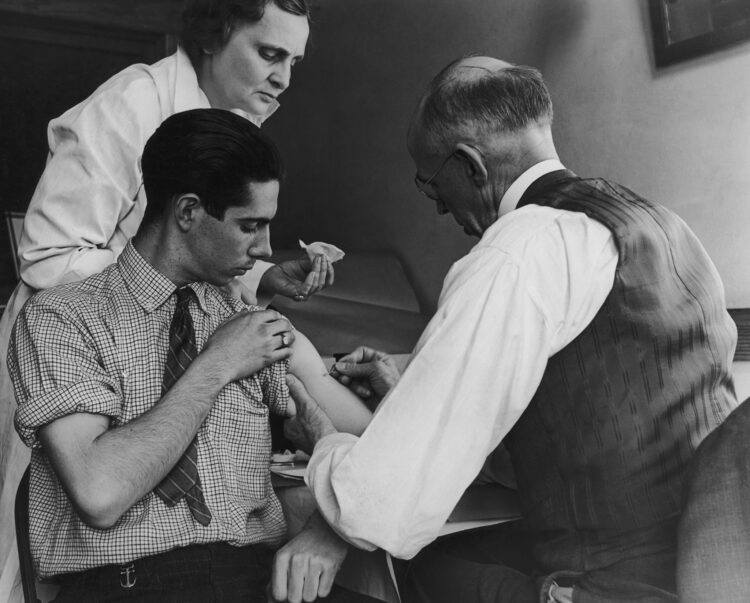 Brits over 40s could be  prioritised  for vaccination over key workers, it has been revealed, as the British government targets the end of March to have most people in the age bracket safeguarded against Covid-19.

The next stage of the vaccine roll out is set to focus on age, not  whether they are a key staff member or not. Age brackets are expected to be wider than before, with 40 to 49-year-olds likely to have jabs in arms after the 32million in the top nine groups have received their first.

The first 15million people to receive the vaccine were prioritised by five-year age bands, as the government races to maximise vaccinations as quickly as possible to pave the way for a return to normality.

There are calls for police officers and teachers to be prioritised in the next stage, but no certain plan has been made.

Appearing at an online event on Thursday night, Prof Lim said: “Age dominates by a long way, and almost all the underlying health conditions contribute some increased risk, but not a huge amount of increased risk.”

Prof Lim said that one of the “great successes” of the vaccination programme had been the rate of deployment and this was now the “most important factor”, according to the Daily Telegraph.

The newspaper also said that the first “real world” data examining the impact of the vaccination programme suggests both the Oxford and Pfizer jabs cut two thirds of infections and transmissions.

A source told the Mail: “Members are now close to an agreement on what the next stage of the vaccine rollout programme should look like.”

It is believed that the committee rejected the idea of giving priority to key workers in favour of prioritising age approach.

Boris Johnson is set to unveil his plans for the country’s way out of lockdown on February 22.

This week it was revealed that Coronavirus restrictions will remain in place to a certain degree until July.