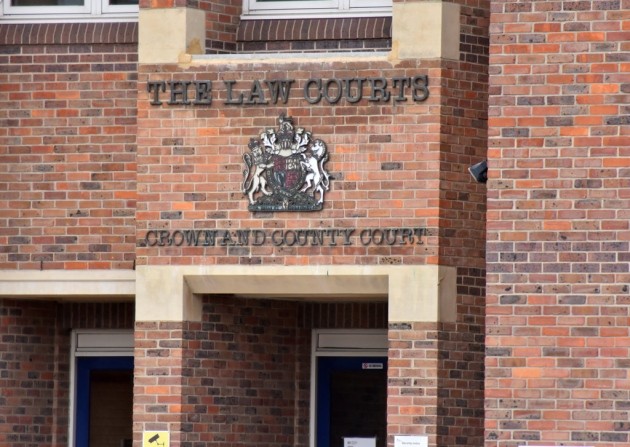 A British teenager has been asked to hand over £400,000  from the proceeds he made from hacking computers and social media accounts.

19 year-old Elliott Gunton was given 20 months immediate custody, but was freed after serving that time on remand.

Gunton hacked the computer systems of Australian telecoms giant Telstra, allowing him to take control of an Instagram account with a following of 1.3m users. The account – @adesignersmind – belonged to Australian designer Phil Darwen, who said he was “mortified” when Gunton set up an auto-reply to bombard his customers with “foul abuse”, Norwich Crown Court heard.

The teenager had been under police surveillance after being made subject to a sexual harm prevention order in June 2016. After an officer found explicit images on his laptop, they began checking his computer every six months.

He said officers found a “complex system of virtual mechanisms to run computer activity without leaving a trace”.The software was being used to penetrate network providers and take over social media accounts before offering them for sale on hacker forums.Mr Barry said Gunton was an “experienced computer user” and his laptop had “clear links to hacking”. He added that Gunton had “offered to supply compromised online user names and email accounts” to other hackers, knowing they would exploit them for criminality.

The crook offered the details  for sale for thousands of pounds in crypto-currency on the HackForums website as a “highly respected member”.  Gunton also offered “a batch of high-tier [Instagram] accounts”, and “all fresh to market and come with [original] emails”for thousands of pounds based on their follower base, originality or uniqueness.

Mr Barry told the court that Gunton bragged about his capabilities, facilitating a breach of security that allowed people to access other people’s accounts and take it over. He said:

“He was in a position to provide to others credentials which would enable them to get into people’s accounts and take them over,” said M “He would advertise and promote his service indicating he could obtain any user name for $3,000 in Bitcoin.”He added that access to accounts.

Other chat messages indicated he had been planning “sim-swap” hacks on Telstra.

Gunton has previously been convicted in December 2016 of hacking TalkTalk and Cambridge University – exposing vulnerabilities in their systems and publishing them online.

“He was giving them the keys to unlock the door, break in, and do as they wished,” Mr Barry said

Locked inside a “nano-ledger”, officers found more than £400,000 worth of crypto-currency, mainly in Bitcoin, while Gunton maintained he was unemployed.They also found two watches worth around £10,000.

The hack of the Australian designer was only discovered after police sifted through messages to Gunton’s girlfriend.

“He gained unauthorised access to a very popular Instagram account belonging to an Australian national and set up an automatic response mechanism so those who contacted the compromised account received insulting and offensive messages,” Mr Barry told the court.

It took Mr Darwin two weeks to regain control of the account.

“He realised something was wrong when posts appeared on his account he had not written and friends of his contacted him and said they have had insulting replies,” said Mr Barry

“He was both mortified by the hack and the content put on his account. It caused him considerable stress and anxiety.”

Mitigating for Gunton, Matthew McNiff said he had been unable to take up a job at a “multi-national accounting

Sentencing Gunton, Judge Stephen Holt said: “You built up quite a reputation in this murky area. You are quite clearly a very intelligent and gifted I.T. person.

“Because of your reputation people were quite happy to pay for this information.

“It is quite plain over the last 18 months you have grown up and matured considerably.”

“Make no mistake, if you commit any further offences you know exactly where you are going to go,” Judge Holt said.