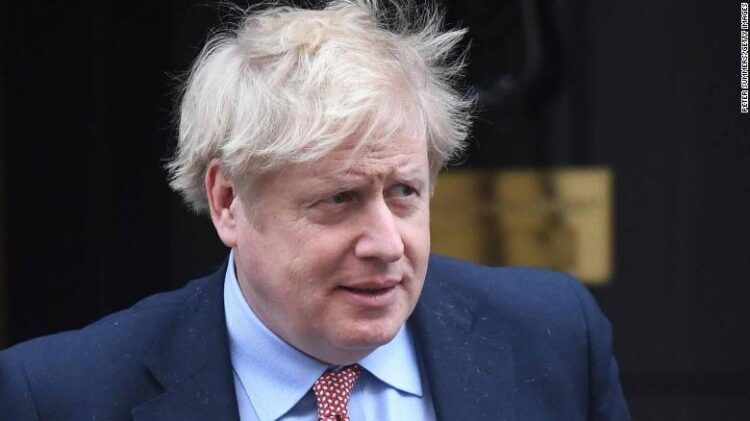 The Conservatives have lost their lead over Labour, according to a new Ipsos Mori poll, which revealed that  Boris Johnson’s “good prime minister” rating plummeted to its lowest-ever figure.

Mr Johnson’s party were down four points to 35 per cent while Labour remains unchained on 36 per cent, according to the poll carried out for The Evening Standard, which reveals a falling reputation of  the British prime minister in the wake of scandal after scandal in his government.

Johnson entered no 10 with one of the biggest majority support of a prime minister in the Uk, looking untouchable with the overwhelming backing he commanded.

Frequent U turns in governmental decision making during the pandemic is believed to have contributed to the sharp fall in his popularity with the British public, and the embarrassing hypocrisy of his former Health Secretary, Matt Hancock, after he broke coronavirus rules by having an affair in his office, was already unhelpful his already shaky image as Britain’s leader,   but the Owen Paterson scandal appears to have triggered the major fall in the prime minister’s leadership rating

The Tory lead has also fallen to a single point in the past week, according to the poll that is the first to be conducted entirely after the resignation of Owen Paterson. The former Tory cabinet minister quit as an MP after No 10 ordered an embarrassing U-turn over its attempt to spare him from a 30-day Commons suspension for breaching lobbying rules.

The poll also revealed  a significant shift in who voters see as the best prime minister. An 11-point lead for Johnson has shrunk to just 2 points.

The perception the British public initially had of Boris Johnson as the best prime minister dropped from 28% of voters, down 5 points, with the Labour leader, Keir Starmer, up by four points to 26% .

Downing Street originally backed an amendment suspending Paterson’s punishment and creating a new standards body with a built-in Tory majority, but backtracked on its plans following intense and justified criticism.

However, the Tories still lead in terms of overall voting intention at 37%, down 3 points on last week. Labour is up one point on 36%. The Lib Dems are on 9% and the Greens on 7%. Thirty per cent approve of the job Johnson is doing, while 50% disapprove. Starmer’s approval rating is unchanged at -9, with 29% approving of the job he is doing and 37% disapproving.

The results of the poll will anger Tory MPs and cause alarm in Downing Street. While the Tory conference was largely successful for the party, the recent budget caused some ideological splits. The row over Paterson saw whips having to persuade MPs in newly won former Labour seats to protect an MP in a safe, traditional constituency. It led to a major rebellion, with dozens of Tories abstaining rather than backing Paterson.

The Tories are regarded as more corrupt than other parties, with 39% saying a Conservative government would be more corrupt, and 14% saying Labour would be. However, 26% think they’d be as bad as each other.

As to Paterson’s punishment, 59% think the 30-day suspension was correct, 10% think it was wrong, and 31% did not know. A majority (60%) think the government was wrong to try to overturn the suspension.

“Johnson’s approval rating has been slowly slipping for months but this is the lowest we have ever recorded for him,” said Adam Drummond of Opinium. “By two to one, voters think the prime minister and the government and party he leads are corrupt rather than honest. The figures for Labour and Keir Starmer are much more positive and Johnson’s lead as ‘best PM’ has shrunk from 11 points to just two. Nevertheless, after another week of torrid headlines, the question is why Labour still haven’t managed to pull ahead.”

Johnson does have personality and charm that can change public opinion quickly, but will need to be seen to stand up for correct principles and lead his party in that direction.

In that respect the U turn on the original decision to let Patterson off was positive, though the Mp voluntarily resigned from his position last week.