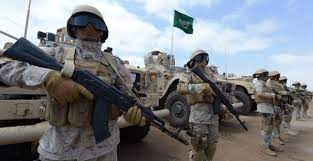 Over  50 anti-war groups have urged US lawmakers to use the annual defence policy bill to end American support for the Saudi-led coalition fighting in Yemen.

However, critics say the U.S government have not completly relinquished their support for the Saudi government, who are already rich with military capabilies to continue their widely criticed war.

The call comes  days before the House is expected to consider an amendment to the bill filed by Congressman Ro Khanna.

The proposal seeks to end US logistical support and the transfer of spare parts to Saudi warplanes conducting aerial strikes against Yemen. It also  seeks to embed into law the Biden administration’s decision to end intelligence sharing that enable offensive strikes and end any US effort to command, coordinate, participate in the movement of or accompany Saudi-led coalition forces in the war.

In a letter sent on Monday, the organisations – including Codepink, Democracy for the Arab World Now and the Quincy Institute for Responsible Statecraft – called on lawmakers to use the National Defense Authorization Act (NDAA) to “legislate an end to ongoing US complicity in the war and blockade in Yemen”.

“By suspending the sale of arms and ending US participation in the Saudi coalition’s war and blockade, Congress can prevent a humanitarian catastrophe from spiralling further out of control as it reasserts its constitutional authority on matters of war and peace,” the 56 organisations said.

“With the help of US logistical and maintenance support, Saudi Arabia’s blockade of Yemen has created untold suffering for tens of millions of people and contributed to hundreds of thousands of deaths,” Hassan El-Tayyab, legislative director for Middle East policy at the Friends Committee on National Legislation, one of the letter’s organisers, told the Hill.

“Members of Congress have two choices: vote for this amendment, or vote for an active US role in crimes against humanity for millions of people, including children,” Tayyab added.The war in Yemen erupted in September 2014 when the Houthis seized the capital, Sanaa, sparking a civil war that forced President Abd-Rabbu Mansour Hadi to seek refuge in Aden and then Saudi Arabia.

Saudi Arabia is notprious for human rights abuses, and was foudnd to ahve authorised the killing of former Saudi dissent, Jamal Khashoggi.

Khashoggi was kille for writing critical articles against the Saudi government years after he  fled Saudi Arabia in September 2017 and went into self-imposed exile.

The kingdom and its allies  has since carried out more than 22,000 air strikes in an effort to roll back the rebels, with one-third striking non-military sites – including schools, factories and hospitals, according to the Yemen Data Project.

More than 200,000 people have been slaughtered, leaving millions displaced and reliant of financial aid for their survival.

The UN has declared ithe war in Yemen to be the “world’s worst humanitarian crisis”, as heavy artillery and air strikes have hampered access to health care and increased pressure on the few facilities that are still functioning.

The Meeks amendment would also provide exceptions for territorial self-defence, counterterrorism operations and defence of US government facilities or personnel.”

Prince Mohamed bin Salman has been the influential force behind Saudi Arabia’s intervention in Yemen and  has boosted Saudi Arabia’s foreign policy with a high lecel of activism to the detriment of Iran. . Saudi Arabia originally intervened in Yemen in March 2015 after Houthi rebels overthrew President Abdrabbuh Mansur Hadi’s government from power .

Now is the time for the U.S to show strength and principle, and play its role in bringing Saudi’s atatck against Yemen to a gradual and eventual end.