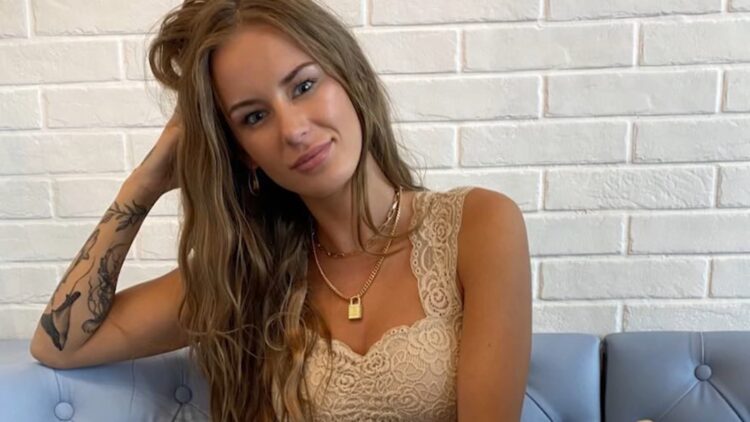 The husband of murdered social media influencer, Alexis Sharkey, has been found dead in an apparent suicide, police have confirmed.

Thomas Sharkey was wanted by police in connection with Sharkey’s death, after a coroner ruled that the Instagram influencer’s death last November was a homicide.

Thomas Sharkey’s body was discovered in Florida on Wednesday morning, when agents with the U.S. Marshals arrived at his daughter’s Fort Myers home and searched the property.

His wife, Alexia Sharkey, was a 26-year-old Instagram influencer with more than 30,000 followers, and  was found dead on a Houston interstate in November 2020.

Alexis, 26, who posted under her maiden name Robinault, was found dead in bushes at the side of a road three miles from her apartment in Houston, Texas, the day after Thanksgiving.

She was found by a city public works employee who reported seeing feet in some bushes along the street, according to reports at the time.

A murder investigation was opened by the Houston Police Department two months after her body was found, after it was ruled that she had died by strangulation, however in the 11 months since her death, no arrests had been made.

In January, a spokesperson for the Harris County Institute of Forensic Sciences announced she had suffered a homicide by strangulation.

Friends and loved ones spoke out at the time about how the couple would fight and had been experiencing marital issues.

However, US marshals confirmed today, October 6, that they had gone to the home of her husband, who was staying with his daughter in Fort Myers, Florida, with an arrest warrant in connection with Sharkey’s death, only to discover him dead of a self-inflicted gunshot wound.

Alexis Sharkey had gained a sizeable Instagram following for her beauty posts, and had around 30,000 followers at the time of her death. According to the Houston Chronicle, she described herself as a ‘mentor’ for Monat – a multi-level marketing company that sells hair and skincare products.

After news emerged of her death, her husband posted several since-deleted updates to his Facebook page paying tribute to his wife and hitting back at people questioning his actions, claiming, ‘I have been assisting the deputies and making phone calls to [find] out what happened to my wife.’