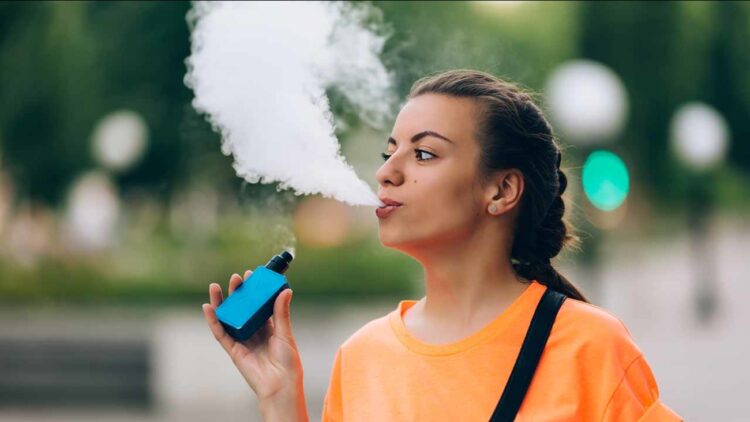 In PHE England’s 7th report conducted by Kings College , Covid-19 has affected both vaping and smoking behaviours in England.

A government consultation in 2019 outlined a new ambition to go smokefree in England by 2030. It also included an ultimatum to industry to make smoked tobacco obsolete by 2030, with smokers quitting or moving to reduced risk nicotine delivery systems, such as vaping products.

Vaping products were the most popular aid (27.2%) used by smokers trying to quit in England in 2020, according to new research.

In England in 2020, nicotine vaping products were the most popular aid used by smokers trying to quit, with 27.2% of smokers using a vaping product compared with 18.2% using nicotine replacement therapy (NRT) products (such as patches and gum) and 4.4% using the prescription medicine varenicline.

Evidence over the years suggests that as the use of vaping products in quit attempts increases, the number of successful quits in England also increases. It is estimated that in 2017, more than 50,000 smokers stopped smoking with the aid of a vaping product who would otherwise have carried on smoking.

Those using a vaping product as part of their quit attempt in local, stop smoking services have some of the highest quit-success rates – between 59.7% and 74% in 2019 to 2020.

Around 4.8% of young people (aged 11 to 18 years) reported vaping at least once a month – the same as last year – and most of these were either current or former smokers (only 0.8% of young people who had never smoked currently vape).

Smoking prevalence among young people, including those who smoked sometimes or more than once a week, was 6.7% in March 2020, similar to March 2019, at 6.3%. The sale of smoking and vaping products to under 18s is illegal in the UK.

Similar to last year, around 6% of adults are current vapers, equating to about 2.7 million adult vapers in England. Smoking prevalence continues to fall and is between 13.8% and 16% depending on the survey.

Vaping prevalence was between 17.5% and 20.1% among current smokers, around 11% among former smokers and between 0.3% and 0.6% among those who have never smoked. The proportion of vapers who also smoke, or ‘dual users’, has declined since 2012.

A safety review by the Committee on Toxicity of Chemicals in Food, Consumer Products and the Environment (COT) concluded that the risk of adverse health effects from vaping products is expected to be much lower than from cigarettes.

The review found that exposure to particulate matter and nicotine could be associated with adverse health effects and that the effects of inhaling flavouring ingredients is uncertain. The COT also suggested people who had not smoked tobacco but vaped would likely experience some adverse health effects

”Smoking is still the leading preventable cause of premature death and disease – killing almost 75,000 people in England in 2019. The best thing that a smoker can do is to stop smoking completely and the evidence shows that vaping is one of the most effective quit aids available, helping around 50,000 smokers quit a year.

Thousands more could have quit except for unfounded safety fears about e-cigarettes. The evidence has been clear for some time that, while not risk-free vaping is far less harmful than smoking.

For anyone who smokes, particularly those who have already tried other methods, we strongly recommend they try vaping and stop smoking – ideally with additional support from their local stop smoking service for the very best chance of quitting for good.

PHE has commissioned a full review of the evidence on the safety of vaping products, which will be published next year in 2022. King’s College London is working with a number of different researchers from the UK and US (including some who contributed to the National Academies of Sciences, Engineering and Medicine’s e-cigarette report in in 2018) to conduct this review.

”Our report draws together findings from randomised controlled trials, stop smoking services and population studies and concludes that nicotine vaping products are an effective way of successfully quitting smoking.

What is concerning is that smokers, particularly those from disadvantaged groups, incorrectly and increasingly believe that vaping is as harmful as smoking. This is not true and means fewer smokers try vaping.

The goal for 2030 is to be smokefree in England. The development of a new Tobacco Control Plan and this year’s review of the Tobacco and Related Products Regulations 2016 is an opportunity to ensure that the regulations around vaping are appropriate. The regulations are also hoped to help smokers to quit, while not attracting people who have never smoked.

Rightly, since e-cigarettes emerged as an alternative to smoking, the government has sought to strike a balance between helping smokers to quit and protecting children. As ASH research included in the report for PHE shows, e-cigarette use among 11 to 18 year olds has to date remained low, but on the downside their potential as an adult quitting aid has not been fully realised.

As we strive to achieve a smokefree nation by 2030 more needs to be done to support adult smokers who could benefit from switching to do so, while eliminating loopholes in the laws which could be used to promote products to teenagers.

E-cigarettes are a still relatively new product – they aren’t risk-free as we don’t yet know their long-term impact. We strongly discourage people who haven’t smoked from using them, particularly young people. But research so far shows that vaping is less harmful than smoking tobacco and, as this report emphasises, can help people to stop smoking. The long-term effects of e-cigarettes are unknown but the long-term harms of tobacco are indisputable.

Support from stop smoking services remain the most effective way to help people quit for good. Services can help people find the tool that works for them, e-cigarette or  give them the best chance of reducing their risk from tobacco.