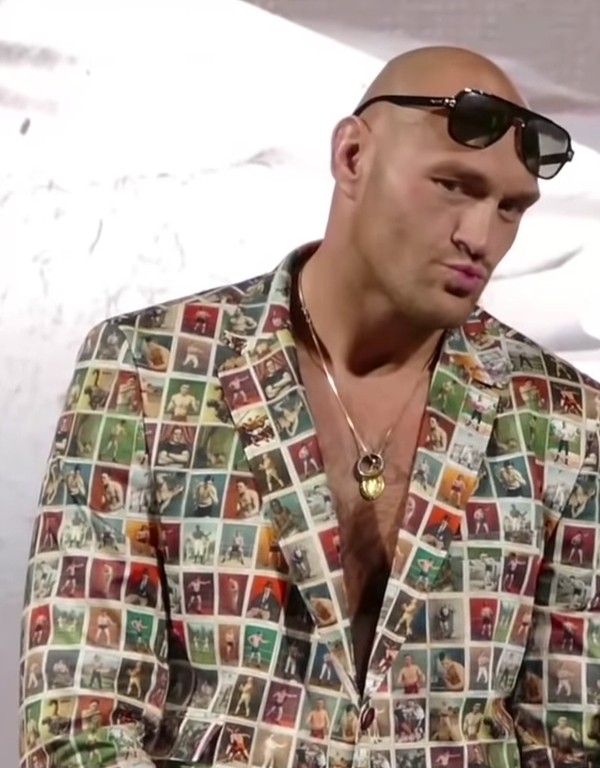 Tyson Fury has cut a surprisingly different rhetoric by claiming to be proud of what his fellow British boxer, Anthony Joshua has achieved.

The gypsy king who has ridiculed Joshua on numerous occasions for the bashing he took in the hands of unfancied  Andy Ruiz Jnr last June, adopted   a refreshing outlook in his praise for the once highly celebrated Joshua. AJ had legions of die hard fans who could not even envisage a scenario in which the Londoner would   ever defeated.

Joshua who previously breezed to 22 impressive wins, counting among his victims former reigning world champion, Wladimir Klitschko and Alexander Povetkin had chinks in his armour conspicuous to observant and dispassionate analysts. Those gaps were brutally exploited by the fast and hungry Andy Ruiz, making him the first world champion of Mexican descent.

But Fury, a masterclass in ridicule and amusing humour, from time to time shows traces of a versatile human being.

Speaking to Talk Sport, the Gypsy King’s words were ‘sharp and prudent. He said:

“You can only do your best in life. You can’t please everybody.

“He tried his best, it wasn’t good enough on the night. He didn’t look right, he didn’t look like he wanted to be there for whatever reason.

“But it was what it was. You can’t do any better than your best and if it is not good enough there is no shame in that. The shame is not doing it in the beginning, not following your dreams. But he has done.

“He has changed his stars. Started from the bottom, straight to the top. He has done very, very well.

“I am proud of him as a person and as a sportsman.

“Ruiz is a top little fighting fella. Game as they come. It is a tough fight for anybody. People underestimate him because of the way he looks. You can’t judge a book by its cover.”

Fury proceeded to express contingency plans for an event in which WBC champion were to lose his crown to Luis Ortiz when the pair clash in just over a week. Fury who recently appeared to rule out ever boxing in the Uk sounded in reverse gear as he declared his readiness for the winner of Anthony Joshua and Andy Ruiz Jnr, He said;

”Boxing fans would love to see an all-British battle for the heavyweight crown between Fury and Joshua but will it ever happen?

“I believe 100 per cent yes. It has got to happen,” said Fury, when that question was put to him by Alan Brazil and Ally McCoist.

“I have three fights left on my contract. Deontay Wilder is next and if Wilder wants it again, he can. Then I will fight the winner of Joshua and Ruiz Jr for sure.”

“So if he loses, he loses. He’ll have a rematch with Ortiz no doubt.

“And I’ll look for the winner of Andy Ruiz Jr vs Anthony Joshua on the same date.”

Fury has recently been promoting his autobiography in which he gives the public an insight into his psychology during his ascendance to world championship glory.