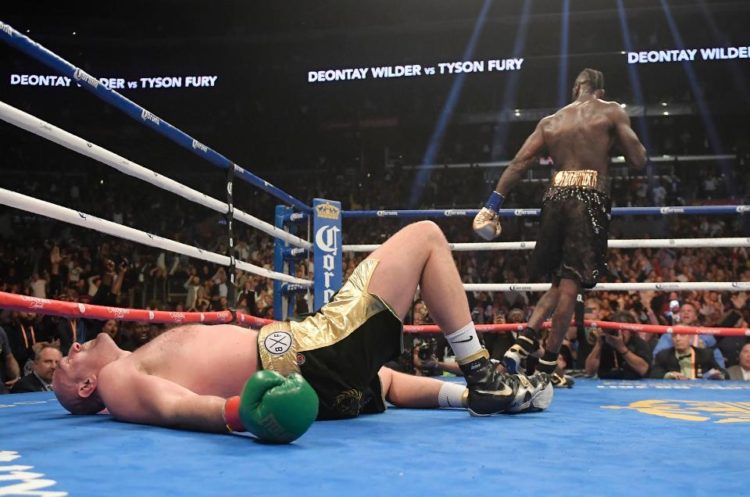 Tyson  Fury won the 2018 Comeback Fighter of the Year given by the boxing ring magazine. The award recognises Fury for his recovery from mental health issues  after being stripped of the three world title belts he earned when he defeated Wladimir Klitschko in 2015 for the Lineal Heavyweight title, but succumbed  to depression and mental illness.

The Gypsy King made his ring return in June of this year, taking on Sefer Seferi in Manchester, England,  and stopping the overmatched Seferi in the fourth round.  He looked unimpressive in victory, as he did in his next practise fight against Francesco Pianetta. However, he dominated Pianeta with a 10 round unanimous decision, then went straight for Wilder in a fight few gave him any chance of winning. Eddie Hearns, who promotes Joshua said Fury had no chance of beating Wilder, having refused to fight either Tony Bellew or Dillian Whyte.

Tony Bellew himself predicted a three round stoppage for Wilder, after writing of Fury’s chances of vixctory against the American knock out specialist.

At the Los Angeles Staple Centre, the world watched as Fury outboxed and out thought Wilder for most of the fight, moving faster than the American who is 3 stonnes lighter in weight.  Many observers were convinced Fury should have been awarded the victory, but after being knocked down twice. a draw was the final result announced. The second knockdown in round 12 was awarded ’round of the year’ by the magazine, because of the incredible fashion in which Fury got up and continue fighting. Fury had said all along that his victory will be one of the greatest heavyweight comeback stories in boxing history, and he nearly achieved that goal.

The fight itself led to a lot of controversy, with some Americans believing Wilder deserved the win, whilst the prevailing view in the Uk among casual boxing fans was that Tyson Fury was robbed. It is commonly known that to relieve the champion of his world title belts in America, a boxer will generally be required to stop the champion and not leave it to the judges. Wilder came close to doing this against Fury, but the gypsy king got up and continued fighting, ending the fight on his feet. Fury’s return to the ring after a  two and a half year hiatus was remarkable, especially to perform so well against the unbeaten WBC champion with 39 ko’s out of 40.

Fury and Wilder are in talks for a rematch around spring of 2019, which will be a sell out after the way the first fight ended. The public will be aware that both men will be determined to establish their dominance in the rematch, though both men will go in feeling a bit more confident than before their first fight. Fury’s worry will have to be that he is not caught and counted out next time round, but after recovering from Wilder’s punch, he will probably be the more confident one going into the rematch.