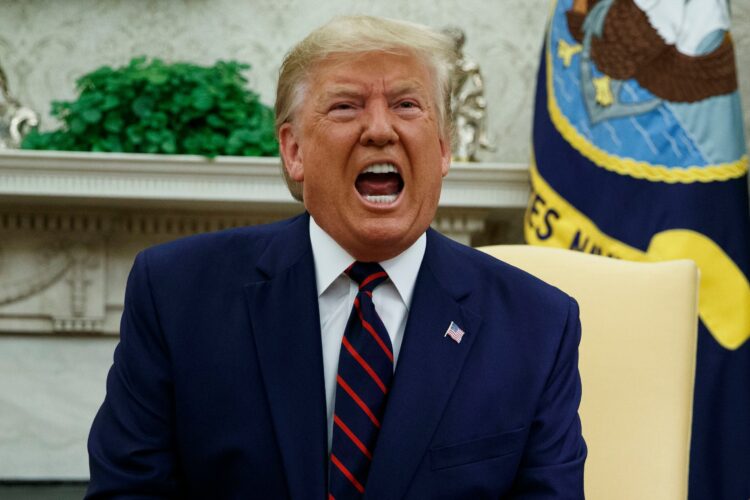 A second impeachment trial of Donald Trump will begin next month after an agreement reached between Senate Democrats and Republicans.

House Democrats are poised to begin the impeachment articles of “inciting insurrection” to the Senate on Monday.

Submissions will begin until the week of 8 February, allowing Mr Trump’s lawyers two weeks to build a defence.

The former president stands accused of inciting the deadly 6 January insurrection at the US Capitol.

The House of Representatives last week charged Mr Trump with inciting the Capitol violence, paving the way for a Senate trial. If convicted, he could end up being barred from future office. It is expected that the former president’s lawyers will argue that Trump did not explicitly urge the protesters to spark violence.

The legal bar for impeachment is higher than ethical perspectives, but senates will likely use a lower bar than the legal one in convicting the former controversial U.S president.

The trial will begin almost exactly a year after the Senate acquitted him on impeachment charges of abuse of power after Mr Trump phoned Ukraine’s president asking him to dig up dirt on the Bidens.

Top Senate Democrat Chuck Schumer said on Friday that the House would deliver the impeachment article on Monday.

Former president Donald Trump was filmed telling them to “fight like hell”.

His lawyers will lay emphasis on the president’s precise words to many of his supporters who were protesting to “peacefully and patriotically” make their voices heard as they prepared to march towards the US Capitol building, which houses the US Congress

Mr McConnell’s office said he was glad Mr Schumer had agreed to Republicans’ request for more time during the pre-trial phase.

The statement said: “Especially given the fast and minimal process in the House, Republicans set out to ensure the Senate’s next steps will respect former President Trump’s rights and due process, the institution of the Senate, and the office of the presidency.

“That goal has been achieved. This is a win for due process and fairness.”
What is impeachment? Impeachment is when a sitting president is charged with crimes. In this case, former President Trump is accused of having incited insurrection

Senate Republican leader Mitch McConnell asked House Democrats to delay sending the impeachment article to the Senate until 28 January. This would have stalled Mr Trump’s trial until the middle of February.

House Speaker Nancy Pelosi is strongly against the Republicans’ request for such a delay.

Republicans continue to chair Senate committees while Senators McConnell and Schumer work out a new power-sharing agreement, laying out rules for the evenly split, 100-seat chamber.

President Biden also appeared to suggest he would prefer a later trial. He told reporters on Friday: “The more time we have to get up and running to meet these crises, the better.”

“He’s no longer in the Senate and it’s up to the Senate and the Congress to hold the former president accountable,” said press secretary Jen Psaki when asked on Friday.