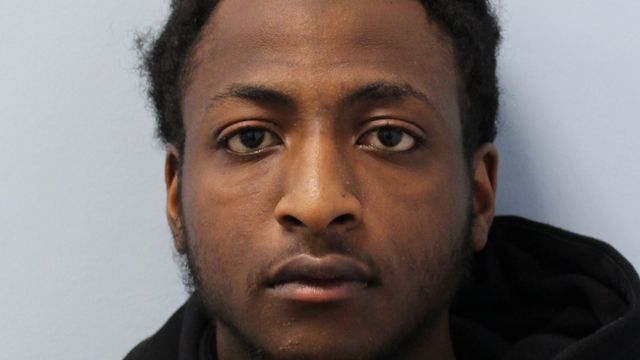 Three teenagers have been jailed for a total of 56 years for the “senseless” murder of a shop worker in Colindale.

Tajaun Subaran, 19, of New Brent Street, Hendon, and two 17-year-olds also from Hendon, who cannot be identified for legal reasons, appeared at the Old Bailey today (November 5) after being found guilty of murder on August 23.

Subaran was sentenced to life with a minimum term of 22 years.

A 17-year-old boy was sentenced to life with a minimum term of 18 years.

Jurors listened to the cruel details of how the defendent s southt out their victim and butchered him mercilessly, giving him no chance of survival.

The court heard that on September 5 2020, at around 9.15pm, Anthony left work at Colindale’s Marks and Spencer store, and was near his home on the Grahame Park Estate when two taxis pulled up and eight young men got out.

A group of men left the vehicles and waited on Booth Road for a matter of seconds before Anthony crossed the road towards them.

CCTV footage showed Anthony standing on the pavement, speaking to them for a few seconds before suddenly running away.

Anthony fate was doomed after he tripped over a concrete bollard on the way into the alley, where he was caught by the thugs.

The group proceeded to viciously atatck Mr Adekola, stabbing him at least nine times in the face, head, neck, back, chest, arms and leg.

The fatal stab wound to his neck severed the carotid artery and jugular vein, leaving him in the alleyway with serious injuries, until he was found by his brother and his friends at around 11pm.

Emergency services arrived at 11.15pm but Anthony was pronounced dead at 11.45pm. The post mortem examination gave the cause of death as a haemorrhage and a stab wound to the neck.

The vehicles at the scene of the murder were identified following an investigation.

n stopped in the street outside his home and was found in possession of a lock knife.

DNA was found inside the mask which matched that of one of the 17-year-olds and placed him at the scene.

Evidence showed Subaran and the group either called taxi companies, or tried to do so, and these calls were shortly before the group left in the taxis to travel to the murder location.

On 12 September 2020, Subaran and  another one of the youths were arrested on suspicion of murder at their respective home addresses.

The second 17-year-old was arrested on suspicion of murder on October 6 last year.

He had been stopped in the street outside his home and was found in possession of a lock knife.

Shortly after Anthony’s death his friend Mollie Mackrill paid tribute saying he would be at work most evenings “pranking” colleagues and would help customers by bringing their shopping to their car.

“Anthony was a big part of everyone’s life whether it was at home in the community or even at work,” she said. “His heart was full of love and he made an impact on everyone he met.”

Det Ch Insp Neil John said: “This group drove to Colindale together to commit a senseless act of violence. Their actions ended the life of a young man, and devastated a family.

“In addition, they will now spend the best years of their lives behind bars. While there are no winners in this case, there is nothing but loss, I don’t doubt that the streets are safer now that these three have been jailed.

“Anthony was innocent. He was an unarmed, unsuspecting victim of a targeted horrific attack.

“The murderer’s intention to kill Anthony was clearly demonstrated by the frenzied nature of the injuries and the variety of weapons used in the attack.

“My thoughts today are with Anthony’s family, I hope that the knowledge that three killers have been removed from society will bring them a small measure of closure and comfort.”