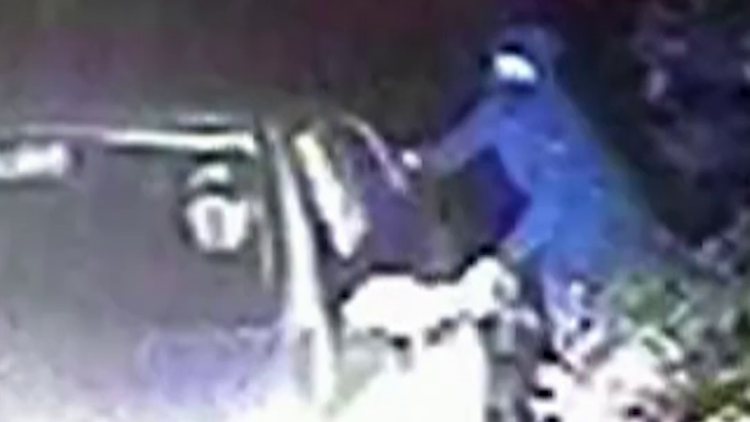 Long, 19, and 18-year-olds Albert Bowers and Jessie Cole, were all convicted of manslaughter, but cleared by a jury on July 24 of murdering the 28-year-old newlywed on the fateful night he responded to an early-morning burglary in Berkshire on August 15 last year.

PC Harper was dragged for a mile behind their car, after he tried to stop the criminal group towing away a quad bike, stolen from outside a house in Berkshire in August last year.

The judge, Mr Justice Edis, said his role was to impose a sentence against the teenagers responsible for PC Harper’s death which reflected “the seriousness of this case and protects the public”.

He described the killers as “young, unintelligent but professional criminals”, and said none of them had “shown anything resembling remorse”.

“You killed a talented and brave young police officer who was going above and beyond his duty in order to provide a public service,” he told them.

“You did so because you have deliberately decided to expose any police officer that got in your way to a risk of death.”

She said: “I am unable to explain the enormity of what I’m feeling and have been struggling with since we were awoken on August 15, 2019, at 4.45am to the worst news imaginable.

“He died because these defendants chose to steal a quad bike.

“My family and I feel broken – can you imagine a loved one dying with such indignity?”

She continued: “He was our first-born child and he has been ripped from me.

“I haven’t been able to work for fear of breaking down, my mind just isn’t in the right place, my anxiety is overpowering.

“I hardly sleep… I have no motivation or even daily routine – chores or cooking a meal, it just feels pointless now.

“I have sat in the mortuary of my son’s covered body, too damaged for me to see.

“He will never get to be called ‘daddy’ or hold his own child – we imagined this was not too far away in the future.

“Andrew was such a good man, a brave, a caring person, funny and uplifting. I love and miss him daily with every passing moment. He will be loved forever.”

Speaking at the time of the conviction, Pc Harper’s widow Lissie said she was “immensely disappointed” with the verdict.

During the sentencing she read her victim impact statement to the court herself.

She said: “This is my third attempt at writing a statement.

“I simply find myself in a lost and endless world.

“That’s the reason in particular this question defeats me – unless you have stood in my shoes, lost a soulmate, a beloved partner you intended to spend your life with – how is this grief possible to describe?

“I have used every word possible to describe this torture – indescribable trauma I have been forced to endure these past 11 months. I have cried and broken down.”

Breaking down twice as she delivered her statement, she added: “My husband was brutally killed four weeks after our wedding day.

“Should I speak again of how we were robbed of our future or the plans stolen from us?

“Four weeks was all I had with my husband – four weeks to be called his wife.

“Every aspect of my life since Andrew was taken is bitterly different.”