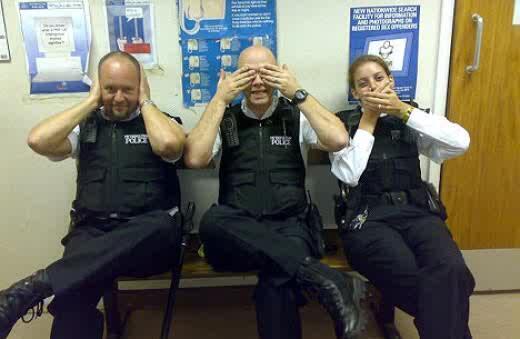 South Yorkshire Police are facing nationwide shame after no police officers were  properly held accountable  following the findings if an investigation into industrial-scale child sexual abuse in Rotherham which found major failures by South Yorkshire Police – but confirmed that no officers have lost their job as a result.

A report into more than 200 allegations of police failures in relation to child sexual exploitation (CSE) in Rotherham “fails to identify any individual accountability” and “lets down victims and survivors”, a police and crime commissioner (PCC) has said.

South Yorkshire Police (SYP) admitted “we got it wrong and we let victims down” after the report by the Independent Office for Police Conduct (IOPC) concluded the force “failed to protect vulnerable children”.

“We found that officers were not fully aware, or able to deal with, Child Sexual Abuse and Exploitation offences and showed insufficient empathy towards survivors who were vulnerable children and young people.

“We saw examples of SYP seeing children, and young people, as ‘consenting’ to their exploitation, and a police culture that did not always recognise survivors as victims, or understand that, often, neither did those being groomed or abused.”

The Independent Office for Police Conduct (IOPC) upheld dozens of complaints against the force, yet no punitive measures have been taken against officers.

Survivors are angry about the lack of accountability  in relation to the case after not a single officer was sacked in relation to the mishandling of child sexual exploitation allegations.
The IOPC’s Operation Linden report comes eight years after the 2014 Jay Report exposed widespread exploitation of vulnerable girls by gangs of largely Asian men.

The IOPC’s report said: “The issues we uncovered during our investigations make for uncomfortable reading.

“They included officers accepting, at face value, what they saw, instead of employing professional curiosity to safeguard vulnerable, young victims.

“We found a culture that did not always recognise survivors as victims or understand that neither did the children and young people on the receiving end of perpetrators’ grooming and abuse.”

Operation Linden was set up by The IOPC in 2014 to investigate how South Yorkshire Police handled allegations of child sexual exploitation in Rotherham over several years.

It came after an independent inquiry by Prof Alexis Jay found that an estimated 1,400 victims were systematically groomed and abused in the town between 1997 and 2013.

The IOPC looked into 265 complaints by 51 individuals, the majority of whom were survivors of abuse.

The report said there were “systemic problems” in how South Yorkshire Police dealt with the issue.

Child sexual exploitation and abuse were not prioritised by senior police at the top of the force, it said.

The IOPC’s investigation catalogued how teenagers were seen as “consenting” to their abuse by officers, who were told to prioritise other crimes.

It detailed how one parent concerned about a missing daughter said they were told by an officer “it was a ‘fashion accessory’ for girls in Rotherham to have an ‘older Asian boyfriend’ and that she would grow out of it”.

IOPC director-general Michael Lockwood said in the report: “We found that officers were not fully aware, or able to deal with, child sexual abuse and exploitation offences and showed insufficient empathy towards survivors who were vulnerable children and young people.

“We saw examples of SYP seeing children, and young people, as ‘consenting’ to their exploitation, and a police culture that did not always recognise survivors as victims, or understand that, often, neither did those being groomed or abused.”

The report said: “In one case… a detective constable, who had investigated offences against a 12-year-old survivor, commented that the survivor had provided consent in different sexual encounters, despite legislation being very clear that it is not possible for a child of this age to give consent.”

Officers  were found to have failed to recognise the scale of problem, and the force lacked a dedicated team with specific skills and training to be able to deal with it.

There was a lack of accountability within the force and other types of crime, like burglary, were prioritised over complaints of exploitation.

And opportunities to engage with community leaders were missed, the report said.

“There was clearly some awareness amongst frontline officers of the high proportion of Asian men involved,” it said.

What complaints were upheld?

The IOPC upheld 42 specific complaints and listed many of them in its report. They included:

Police failing to deal appropriately with a report of child abduction, resulting in a victim being handed over to officers by a perpetrator as part of a “deal” not to arrest him.

Officers failing to investigate after an abuser was found naked in a victim’s bedroom.

A lack of action after police found a man in a parked car who admitted that his female passenger had just performed a sex act on him.

A father who expressed concerns about his daughter being told nothing could be done to intervene because of “racial tensions”.

Police failing to intervene after a girl was trafficked to Bristol by two men.

Police failing to record concerns about perpetrators after a girl reported being raped.

The IOPC found there were eight cases to answer for misconduct and six for gross misconduct.

Five of these officers received sanctions ranging from management action up to a final written warning. Another faced a South Yorkshire Police misconduct hearing earlier this year, but the case was found not proven by an independent panel.

The IOPC said in many of the cases, the police officers had resigned and could not face disciplinary action. Only two cases reached the point of a public adjudication hearing.

Sammy Woodhouse, a survivor of child sexual exploitation and now a campaigner on the issue, said no-one had been held responsible.

She said: “There’s been no accountability for the professional side of things. If I’m honest I find it quite pathetic. The evidence is there – we know what’s happened.

“I feel that people just retired, they got their pensions and if anything they’ve just been rewarded while people like us are still picking up the pieces. Professionals should be on criminal charges for what they’ve done and they’ve just had a little slap on the wrist.”

“It repeats what past reports and reviews have shown – that there was unacceptable
practice between 1997 and 2013 – but fails to identify any individual accountability.

“As a result, it lets down victims and survivors.”

The IOPC’s director of major investigations Steve Noonan said policing had changed considerably since the period being examined.

He said: “Organisations across Rotherham and South Yorkshire have taken important steps to improve how they work together to protect children and young people. However, there is still more to do.
“Our report shows how SYP failed to protect vulnerable children and young people. Like other agencies in Rotherham at that time, it was simply not equipped to deal with the abuse and organised grooming of young girls on the scale we encountered.

“We are encouraged by the progress made to address the recommendations we made last year to ensure policing learns from this. The challenge now is to ensure that, as this type of offending continues to evolve, police forces continue to adapt so they are never again caught unprepared.”

A government spokesperson said: “The abuse suffered by the victims in Rotherham is truly sickening. We are determined to end the abhorrent exploitation of children and young people and to tackle the criminal gangs that prey on them.

“We expect all police forces to investigate claims of child sexual abuse thoroughly and offer support to victims. The failings of South Yorkshire Police are very concerning, and it is right the force continues to work hard to address them. We are determined that police forces ensure these mistakes never happen again.”