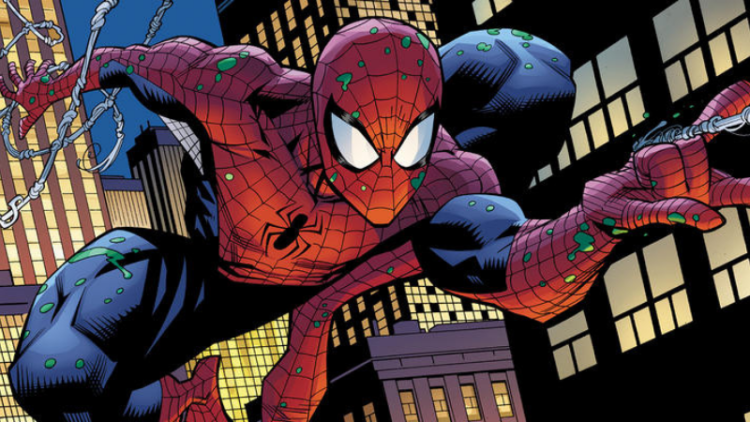 A single page of a Spider-Man comic book has been sold for more than $3 million at auction. The page, taken from a 1984 version of the comic book featuring original artwork by Mike Zeck, was sold to a man at an auction held in Texas.

Mike Zeck’s artwork for page 25 from Marvel Comics’ Secret Wars No. 8 brings the first appearance of Spidey’s black suit. The symbiote suit would eventually lead to the emergence of the character Venom. The record bidding, which started at $330,000 and soared past $3 million, came on the first day of Heritage Auctions’ four-day comic event in Dallas.

The previous record for an interior page of a US comic book was $657,250 for art from a 1974 issue of The Incredible Hulk that featured a tease for the first appearance of Wolverine.

The page  depicts Spider-Man wearing a black costume for the first time ever, and was held at Heritage Auctions. Vice president Joe Maddalena described the spiderman page as one of a kind.

Maddalena said: ”It just was one of those moments in the lore of Spider-Man’s fame that told this important part of this story that subsequently this character would turn into Venom. It’s pretty amazing.

Maddalena explained that the Spider-Man page even beat the price of a Superman comic that was also sold at the auction house.

‘Just a few minutes after this we had Action number one, the origin and first appearance of Superman, ok? A high grade copy, $3.18 million dollars, so Spider-Man from 1984 beat Superman, which is unbelievable,’ he said.

Since the beginning of the pandemic, there has been a growing trend of memorabilia from popular culture being sold at auction. The shift has lead to items such as Pokémon cards and comic books selling at record prices.

Maddalena noted the ‘nostalgia’ that collectors feel buying such items.

”Collectors are buying their nostalgia so instead of buying their, you know, piece of contemporary art, this is it.

He concluded how collectors would ‘rather have’ items such as comic book pages or Pokémon cards ‘because this speaks to them more than a piece of contemporary art would’.

While breaking records at the auction house, Spider-Man has also been smashing box office charts, after Spider-Man: No Way Home overtook Titanic on the box office’s all-time top 10.