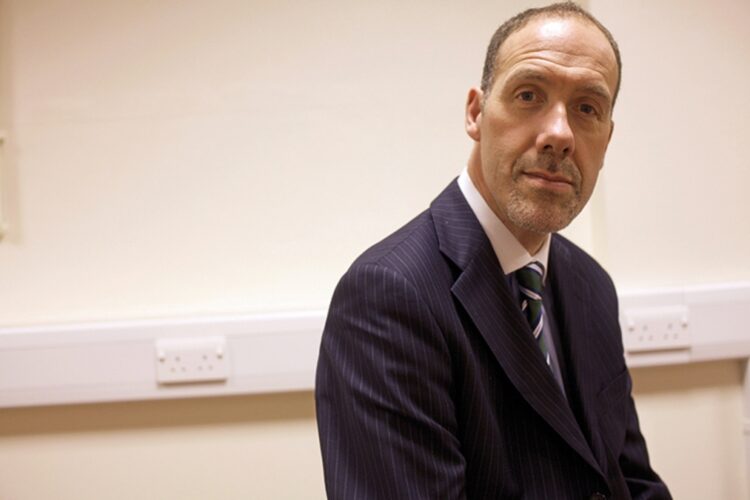 School Union  leaders  in the Uk have set out wide-ranging proposals it says will help the watchdog win back the profession’s trust.

The group have called for Ofsted to ditch graded judgments and replace them with a “narrative description” of a school’s strengths and weaknesses, the Association of School and College Leaders (ASCL) has said.

The ASCL is a professional body and trade union representing more than 22,000 members across the UK. The body say they have met and discussed the various shortcomings of the current system of grading by Ofsted, and are convinced it is time to use a superior alternative which provides a more rounded picture of the relative standard of various schools.

In a policy discussion paper published today, the union also said schools should be told in which year they’ll be inspected and longer-term changes should include separate inspection frameworks for different school phases, while safeguarding and health and safety should be checked through light-touch annual audits, the union said.

Some critics of the idea of schools receiving notices for inspection say that forewarning schools of an inspection does not serve to give the investigators an accurate picture of the school.

Union members comprise a wide body of professionals, including trust leaders, headteachers, principals, vice-principals, deputy and assistant headteachers, and business leaders, of state-funded and independent schools and colleges in the Uk.

They are jointly responsible for the education of more than four million young people in more than 90% of secondary schools and colleges, and in an increasing number of primary schools. Many are veteran in the education system, and take a broad overview of  matters concerning schools.

Its representatives told this publication that its proposals were at a consultative stage,  and they are asking for views from professional bodies ,  and ordinary members of society, including parents.

However, they said they deemed their proposals to be the most appropriate way forward to transform the way Ofsted currently grades the various schools Under its jurisdiction.

The union group said Ofsted had been notified of their plans to go public with their proposals, also pointing out that the education watchdog had not been very responsive to complaints from many schools leaders.

Their collective proposal reflects an attack on the competence and credibility of Ofsted after it also claimed that the education watchdog is notorious for poorly responding to complaints from school heads about how it functions.

The Association of School and College Leaders’ discussion paper is seeking to fuel a debate that ultimately leads to a fairer, more constructive approach to school and college has been phrased ‘The Future Of  Inspection.

The paper contains suggestions for both long-term and short-term changes to the inspection system.

‘A narrative judgement would be more nuanced because there are many characteristics that schools have which are not reflected in Ofsted very narrow grading.

‘The alternative we propose gives a better picture of how each individual schools operate and their diverse strengths , rather than just focusing one one narrow overall judgement of the schools

Among the proposals by the union body is that they remove overall graded judgements.

They also want them to inform schools and colleges in which academic year they will be inspected, and review the inspection cycle timeframe.

They want them to Publish Ofsted inspector training and associated training materials. Also, to undertake an internal review of how pupil voice is used during inspection.

They finally want an update  in the inspection handbook and reporting to better reflect the role of trusts in school effectiveness.

The group call for the proposals for long-term changes to only be introduced following thorough piloting and analysis of impact, including the removal of all graded judgements, to be replaced with a narrative description of a school or college’s strengths and weaknesses in different areas.

”Currently, as well as getting an overall grade of either outstanding, good, requires improvement or inadequate, schools are given individual grades in four areas: quality of education, behaviour and attitudes, personal development and leadership and management” the group said in a statement.

Removing these has the potential to end the unhelpful and misleading practice of reducing a school or college’s performance in key areas to a single word or phrase.

”Instead, we think  we think a narrative judgement  is preferable, and will give parents and other stakeholders a more nuanced understanding of what a school or college is doing well and how it could improve”.

Geoff Barton, General Secretary of the Association of School and College Leaders, said: “Graded judgements are a woefully blunt tool with which to measure performance, failing to account for the different circumstances under which schools operate.

Negative judgements come with huge stigma attached and create a vicious circle that makes improvement more difficult. We know from speaking to members that the punitive inspection system is contributing to the recruitment and retention crisis in education by adding to the pressure school leaders are under, and by making it more difficult to recruit high-quality staff in the schools which most need them.”

Tom Middlehurst, Curriculum, Assessment and Inspection Specialist at the Association of School and College Leaders, said: “We appreciate the need for an independent inspectorate, and acknowledge the current Education Inspection Framework has some positive aspects. But many school and college leaders feel the framework is flawed and Ofsted risks losing the trust of the profession.

”We think that, if implemented, the changes put forward in this paper could help win back that trust and produce an inspection system that is just, reliable and in the best interests of children and young people.”

Julie McCulloch, Director of Policy at the Association of School and College Leaders, said: “Although these recommendations do not yet represent formal ASCL policy, the paper has been produced following consultation with ASCL Council – our policymaking body. Our hope is it will be a useful contribution to the dialogue for policymaking now and in the future and we would welcome feedback from across the sector.”

ASCL will be actively seeking further views on the future of inspection throughout 2023. We will be discussing the ideas in this paper with our members and other experts through a series of roundtable discussions and other events.

The ASCL provides high-quality advice and support to its members, deliver first-class professional development, in its commitment to influence national education policy on behalf of children and young peopleGeoff Barton, general secretary of the Association of School and College Leaders, said graded judgments were a “woefully blunt tool to measure performance”.

ASCL said proposals in its discussion paper had been offered for “comment, critique and stress- testing” and did not yet represent formal policy.

”Rather than “attempting to distil all the work and school improvement a school does into a single phrase”, narrative judgments would allow reports to focus on what a school does well and how it could improve”, the union said.

Ofsted chief inspector Amanda Spielman considered dropping the ‘outstanding’ grade early in her tenure, but decided against it.

A 2019 report by the watchdog said grades “provide parents with a useful headline indicator” of quality that is different but complements results data.

However, ACL insisted that a narrative description would give parents a “more nuanced understanding” of effectiveness.

The union said proposals had been offered for “comment, critique and stress-testing” and did not yet represent formal policy. However the plans are likely to have support from many in the sector.

A Teacher Tapp survey in September found nearly 60 per cent of respondents did not agree Ofsted was a “reliable and trusted arbiter of standards”, up from 52 per cent in 2019.

Fergal Moane, headteacher of Hitchin Boys’ School, in Hertfordshire, which retained its ‘outstanding’ grade in 2021 backed the plans.

“As public servants, headteachers accept the need for accountability, but Ofsted’s current approach is detrimental to the holistic improvement of the school system,” he said.

“The single biggest improvement would be to dispense with graded judgements.”

Headteachers’ Roundtable chair Caroline Derbyshire said: “It is pleasing that so many school leaders are now on the same page. Let’s hope our views are heard.”

Steve Rollett, deputy chief executive of the Confederation of School Trusts, warned that any change to judgments would need to “be coherent” within the regulatory framework.

“I don’t think you can look at judgments in isolation from the rest of the regulatory framework. I think you need to look at it all together,” he said.