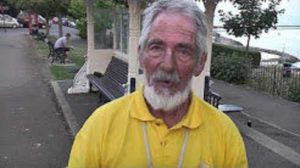 Rogue landlord, Robert Crow says he is feeling suicidal over the threat to his properties, after a court gave him three months to pay mounting debt of £111,000 or forfeit the property.

Mr. Crow also says a court case next February that could see him face 2 years in jail is causing him sleepless nights and opening him to suicidal thoughts he keeps trying to fight off

A judge at a county court in Basildon  last Friday gave the 70 year old embattled landlord three months to fork out the huge sum after lenders ‘platform ‘ took him to court over the debt. Crow, who owes £111,000 on the mortgage for one of his flats has been unable to maintain his monthly mortgage after Southend Borough Council stopped his benefits due to the failing state of the property and the nuisance it was reportedly causing his neighbours.

A distraught Crow told The Eye Of Media.Com by phone:

” I am feeling suicidal because a corrupt system is trying to put be in jail whilst at the same time take my properties from me. I will spend my whole Christmas worrying about a court case in February that is all founded on criminal lies by those who are causing me to lose my properties.

. My whole investment in property is tumbling down before my face. My hope was to leave my property for my children when I die, but it is now looking like I may lose everything because everyone is threatening  me with court action. I am being put in a corner to be forced to sell the property and get nothing for it.

This has all been the product of a  campaign of conspiracy against me, and everyone is just watching this. Even if I lose my properties, I will end up with some cash from at least one of them and will lodge a big legal suit against Southend Borough Council and go for those sections of the press that have supported their course”, he angrily said.

In an angry rant, Crow attacked this publication and a couple of others for  allegedly failing to investigate the Councils failings.  All you guys have done is slag me off, you are meant to be a reputable investigative media body, but you have not investigated the corrupt court judges that dismissed one of my appeals out of hand, ignoring a legal note I gave them. Several people have told me that the courts and council are acting illegally and getting away with it because of bent corruption ion the system. I have become very depressed , but I know a day of reckoning will come for a lot of people”.

Mr.Crow, who lives in utter darkness after energy supplier took his electric metre away because of irregularities was long advised by family and friends to sell his property a long time ago. Advise from this publication was along the same lines. An investigation over his complaints faced some obstructions and was not helped by some of his own attitudes and occasional disrespectful behaviour and sensitivity to criticism. Essex Police , Southend Borough Council and the Courts have been contacted a number of times over his case and is still being looked at.

”The Council knew I won’t be able to finance my mortgage if they stopped my benefits that’s why they have gone to extreme lengths to discredit me because I help the homeless. It’s a tragedy that someone like me who helps the homeless is not being financially encouraged, and all you guys[the media] are doing is singing their tune. There is no justice in this country, the system is very corrupt”, he said.

Crow, who has used his monthly pension of £500 to sustain the payments for some of his properties was recently fortunate to have a huge £80,000 fine dropped after Magistrates at Southend Court who summoned him to produce an account of his debts concluded he would never be able to pay the debt. However, the notorious landlord widely considered to be unfit to manage the task of housing the homeless which he always said he did as a humanitarian, has not been able to keep up with his mortgage obligations. One of his properties is already on the market for sale for £115,000.

Crow is also angry that three residents continue to live at his property free of charge because they have refused to leave the property despite the fact he is being taken to court for allegedly breaching an order that prohibits him from allowing residents to visit or reside at the property. He said : ‘

”I am being taken to court for allowing people to stay at my property, yet the police has constantly refused to eject people who refuse to leave my property and are living there free of charge. They are enjoyed the comfort of my home at no cost to them, and they will tell you it is much better than being on the streets”.

A neighbour said: ” it has been a lot quieter round here now that most of his tenants have left. Since his electric supply has been removed, he is hardly about himself which is much better for everyone, and we have waited too long to see the back of him. The sooner he realises he is his own worst enemy, the better”.