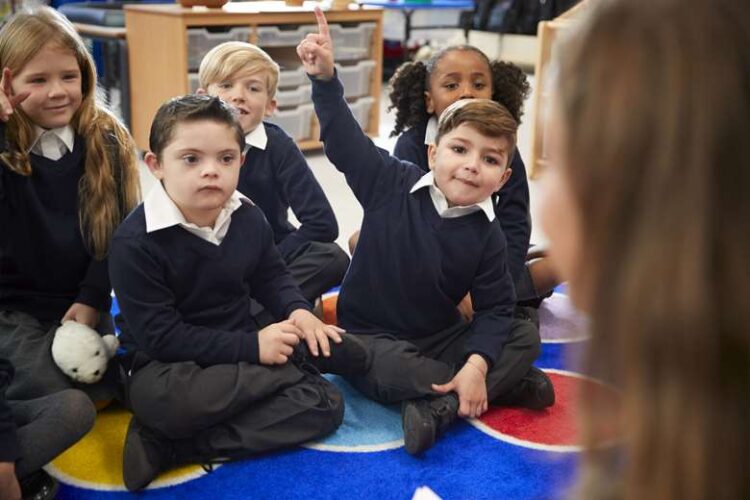 The amount of daily schoolwork children completed at home during last year’s lockdown fell the longer they stayed out of the classroom, according to new research compiled by the Institute for Fiscal Studies(IFS)

The IFS tracked the activities of 650 school-aged children and recorded their time in April-May, during full lockdown, and again in June-July, when restrictions had eased and several year groups had been allowed back into the classroom full time.

Researchers  leveraged a unique panel of data, enabling the observance of  learning changes between April/May and June/July for around 650 school-aged children in England.

They examined how the learning experiences changed for children who were offered the chance to go to back school versus those who were not, and whether any benefits were confined to the children who actually took up the offer to return to the classroom.

The findings of the study made for discouraging reading. Overall, primary and secondary school students have dropped in their academic standard during the lockdown, some a lot more significant than others. They revealed that at the end of the summer term, children were spending only about 50% of the time studying at home that they would have normally spent learning in the classroom.

The  revelations from the survey reflected a separate research by the National Foundation for Educational Research, revealing sharp falls in the rate of progress in maths, reading and writing made by primary school pupils. An earlier IFS study also suggested that “lost learning” .

Primary school children who returned to school spent around 3 hours and 15 minutes at school on average, but cut back their other learning activities by much less than this.

Pupils who were not given the chance to go back to school at all saw their learning time fall by much more than their peers who chose to remain at home.

Researchers concluded that the findings suggests that pupils benefited from being prioritised to return to school, even when they did not take up the offer. These pupils did not receive substantially better learning resources, but parents and children might have been encouraged to focus on home learning to keep up with peers in the classroom.

One missing piece of information in this research is the fact that many pupils from not only disadvantaged backgrounds, but from comfortable homes, were spending no time at all learning during the summer holidays.

In fact,  an ongoing sampled research by The Eye Of Media.Com in this area shows that before the summer, and during the third lockdown, many pupils in a number of schools have learnt next to nothing since the lockdown, and get through online assignments by seeking help from a parent, or through hired personnel to help them through the assignments.

ist at the IFS, said: “We are going to need a big programme of support for pupils to undo some of the damage the pandemic has caused.”

“Despite schools’ and policymakers’ efforts to improve home learning during the first lockdown, pupils who remained at home were spending less time learning in June and July than they had been at the start of the pandemic,” said Adam Salisbury, a research economist at the IFS.

“These falls were particularly big among secondary school pupils. The lack of ‘settling in’ to home learning means that for students who were out of school over the whole period from March to September learning loss per week likely got worse rather than better.”

Those children who did not return at all by the end of the school year suffered the largest falls in time spent learning.

Before the pandemic lockdowns, the IFS estimated that secondary school pupils worked for about 4.5 hours each day on average. That slipped to four hours and 15 minutes in April-May, and then shrank by a further 50 minutes by the start of the summer holidays.

The IFS found that well-off families were far more likely to send their children in to school compared with those from disadvantaged backgrounds for children able to return before the end of the summer term. potentially worsening the country’s educational inequalities.

Parents told the IFS that their main reason for delaying a return to school was for health concerns, with disadvantaged families saying they were reluctant for their children to be among the first ones to return, as well as citing practical difficulties such as transport.

Pupils from less well-off families were just as likely as their more advantaged peers to be offered the chance to return to school by summer, though they were substantially less likely to take up the offer