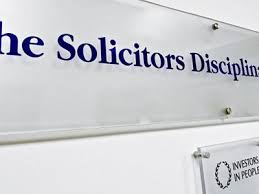 A junior solicitor convicted of sending malicious Facebook messages to a woman has been fined £10,000 by the Solicitors Disciplinary Tribunal.

The Solicitors Disciplinary Tribunal said the seriousness of the admitted misconduct meant that any sanction would interfere with his right to practise.

Newly-qualified James Andrew Wilson, 32 has been practising for just two years. He sent the messages said to have caused annoyance, inconvenience and needless anxiety, through Facebook messenger after he met the woman on the dating app Bumble.

Wilson was found to have “persistently made use of a public electronic communications network for the purpose of causing annoyance, inconvenience and needless anxiety to another”, contrary to section 127 of the Communications Act 2003.

In one of his messages, he called her a “gobby ethnic from Zone 8”, after she ended things after a couple of meet-ups.

The pair met up on 26 and 27 December 2018 before she decided to end their relationship the following day. He responded with several offensive and threatening messages, including racist language.

In a statement read to the court, the woman, who is black, said: “I was unable to leave my house for the first few days for fear he was around the corner.

“I was extremely worried he would try and take my life. I believe that the crime was motivated by race because he used the N word.”

Mr Wilson’s counsel told the court that most of the messages were “something you would expect to be written by adolescent boys – they were crude”.

He continued: “Mr Kruchinkin was diagnosed with Asperger’s syndrome, he has a propensity to speak his mind without thinking through the consequences.

“That may explain why Mr Kruchinkin wasn’t able to hold himself back – quite strange for a solicitor who worked for a commercial firm in the city.”

At the time of the offence, Wilson, formerly known as Victor Kruchinkin, was in practice as an assistant solicitor at central London firm Adams and Remers LLP, having been admitted to the roll in January 2018.

He pleaded guilty last year to malicious communication, resulting in a 12-month community order, 100 hours of unpaid work and a rehabilitation activity requirement.

A suspended six-week prison sentence alongside which he was made the subject to a restraining order, was squashed on appeal.

A medical report submitted to the SRA stated his propensity to speak his mind when writing emails or using social media without thinking through the consequences.

The shamed solicitor reported his conviction promptly to the SRA and has attended course to deal with his medical issues.  The solicitor was also slapped with an extra. £2,600 costs.