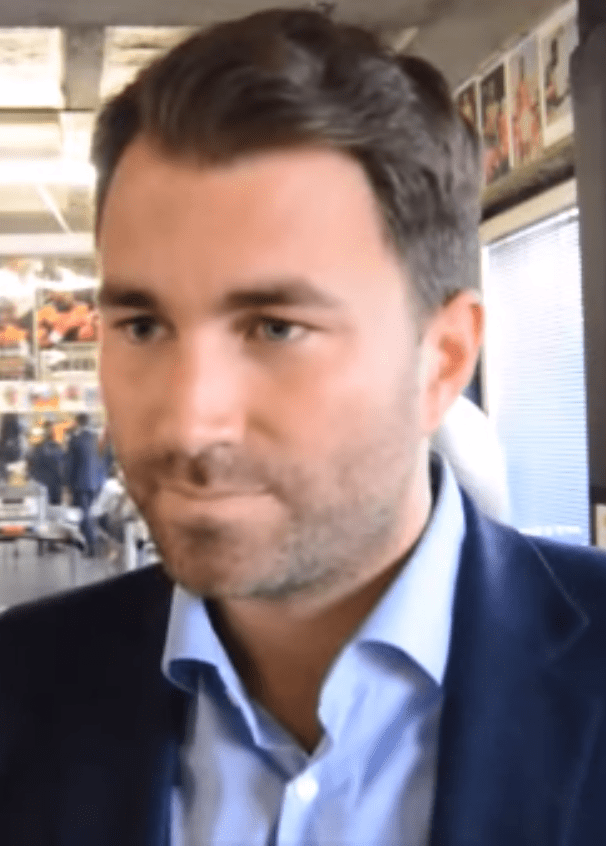 Eddie Hearn says he is struggling to sleep ahead of the big fight between Anthony Joshua and Andy Ruiz Jnr in Saudi Arabia this weekend. The usually outgoing promoter told reporters he is ”sick with worry about the heavyweight rematch battled his charge, Anthony Joshua must win this weekend.

“It’s all the questions that need answering. Was it a fluke first time? Was AJ prepared? Was it a lucky shot in the perfect spot from Ruiz?

“Joshua is a legacy guy, a historian. He is motivated by that term of being a two-time heavyweight champion. I really believe victory on Saturday will give him the respect that he is maybe secretly searching for.”

Hearn said his worry comes from the fact he knows Andy Ruiz is a very good boxer. He told The Eye Of Media.Com:

”Andy Ruiz has a high boxing IQ. He is very good technically and very tough. Bur I know Anthony Joshua really fancies this. He wants to make history by becoming two time world champion. This Saturday will be his chance.. I always knew Andy Ruiz Jnr was a tough fighter that will give us a good fight, I just didn’t expect him to give that good a fight .

Anthony Joshua has been a very good ambassador for  the sport, a good role model for children, and he needs the win to get  his titles back. I believe Joshua can do it, but the worrying thing is that this is a must win fight”.

The Diriyah Arena, where the fight takes place has been built in two months and has a capacity of 15,000 which is expected to be absolutely full.