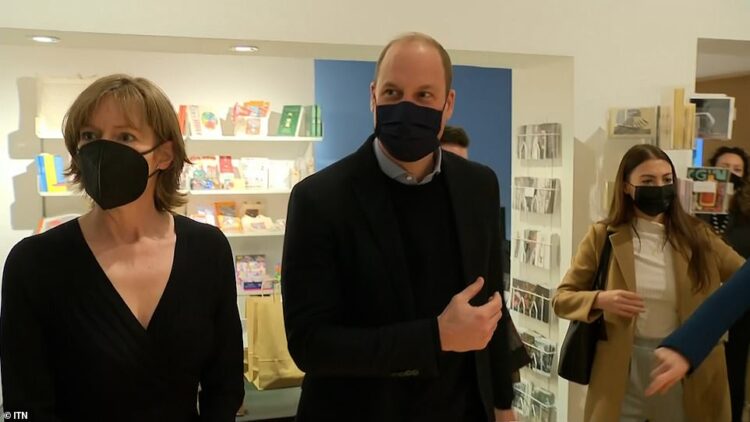 Prince William was asked the insensitive question of whether he supports Prince Andrew  during his first royal engagement since the Queen cast Prince Andrew out of the Firm.

The Duke of Cambridge ignored a TV crew asking if he “supported” his uncle, who was last week stripped of his royal and military titles amid growing anger at his sex assault lawsuit.

During his visit to London’s Foundling Museum, Prince William who was joined by his wife Kate, was asked by a reporter

“Do you support Prince Andrew?”

The prince  walked past the reporter without commenting on his  insensitive question, but looked uncomfortable.

It is the second time Prince William has been asked an insensitive question by a reporter.

The Duke Of Cambridge was also asked by a reporter whether the royal family was racist, shortly after the Duke and Duchess Of Sussex gave an interview to Oprah Winfrey in March.

The question was stupid as it put Prince William in a now win position  on the matter.

It was cheap journalism from the reporter who wanted a story out of his question either way.

The Queen stripped Prince Andrew of his “His Royal Highness” status and military honours during a face-to-face showdown last week before Buckingham Palace made it official later that day.

He is accused of sexually assaulting Virginia Roberts Giuffre when she was just 17 and must now face his US case as a “private citizen” meaning he can’t hide behind royal privileges.

They couple met with people who have direct experience of living in care, including author and poet Lemn Sissay and former sprint and field athlete Kriss Akabusi.

Taking their seats, Kate asked the experts: “From your experience what makes the difference between a young person succeeding after leaving foster care and when they do not?”

They heard about “challenges for young people” when they regularly move home and are sometimes exploited by the criminal world.

William added: “If you keep moving a child around when they are an adult their relationships are so short and shallow.”

The couple were said they also worried about the “consistency in care”.