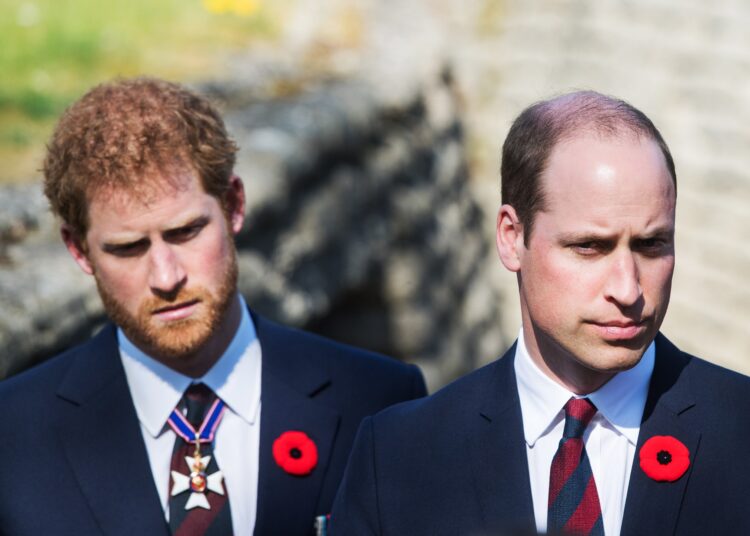 Prince Harry and  Prince William have reportedly ended their feud over the Christmas break.

William and Harry are said to have reconnected via video call, and are back on speaking terms, according to a royal expert.

It follows an expected invitation by the Queen, for the couple to attend her special birthday celebrations this summer. The pair have had a long time to reflect over their fractured relationship, and have done a lot of private evaluation. They both know their late mother, Princess Diana, would have envisaged a tight bond for her two special boys, but life has thrown its own challenges their way.

The task and psychological obstacles are for them to surmount. Time has passed, life continues, and the need for some mature reconciliation, necessary. Important events lie ahead,  some unity is necessary. Some analysts doubt that a complete reconciliation is ever possible, it is for the boys to determine what the future holds for their relationship.

Prince Harry and Meghan Markle carved different paths for themselves, away from conventional royal tradition. The acrimonious split between The Dutch and Dutchess of Sussex, and the royal family split opinions in the Uk. It left  royalists very bitter against the couple, most directing their venom at Meghan Markle.

Many went over the top in expressing their disapproval of the former U.S actress; her social media account filled with the excessive abuses of online trolls, who despised Meghan.

Racists and far reaching comments were made against her on social media, aimed at inflicting maximum hurt against a lady they felt was disrupting the smooth flow of the royal family. Meghan’s fans defended her at every opportunity, the many issues polarising views, almost escaping  detailed and objective scrutiny.

The pair eventually closed their social media accounts, unable to bear the level of hostility and toxic language used against them.

The two brothers, both born to royalty, reportedly fell out over Megxit-when Prince Harry and Meghan Markle broke away from the royal family. The circumstances were murky, marked with acrimony, and reflective of a catalogue of issues, never thoroughly thrashed out by the brothers, and soberly  evaluated and addressed to achieve a recovery.

Rectifying the multiple issues that  has beset the relationship of the two brothers is believed to be a challenge, but  it appears the brothers are prepared  to figure out how to manage their differences. They will either solve them through introspection and  mutual concessions, or forever harbour strong objections against past incidences taken by the pair.

Royal expert Ingrid Seward told Channel 5 that the Duke of Cambridge was “bothered” by how Prince Harry and Meghan Markle went about announcing Archie’s birth. The royal  expert accused Ms Markle of failing to observe royal tradition in the introduction of her child to the country.

She criticised Prince Harry’s unconventional approach to Archie’s birth, given his royal status.

This evening, sources close to the royal family told The Sun Online that efforts by the pair to get back in touch ahead of the celebrations this summer, will more or less be superficial, given the enormity of the circumstances that led to their fall out.

Andrew Morton said: “Although they will do some of it by Zoom, Harry wants to meet face to face to tie it all up.

“Things seem to have calmed down. Harry has been in contact with the Queen more often than you would think. But certain things you need to be there in person to sort. They will need a few weeks. That could be done after April, depending on Covid.”

Meanwhile Prince Harry is said to have grown a pony tail in Los Angelis. If so, the press will eagerly wait for snaps of the new look, which would ofcourse, be interesting.