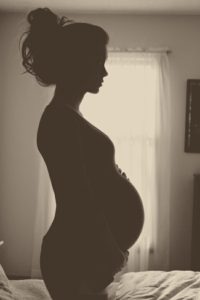 News that a girl of 11 has become pregnant is deeply worrying. The UK Mirror broke the news today, Friday in what highlights another low for the indiscipline of many UK kids.

Previous to her,  a 12 year old held the depressing  record of being the youngest girl in the UK to become pregnant. The trend of under age mothers is a dangerous one for society. The parents will usually be too young to provide any quality training for the children or even provide for them financially.

The burden of raising the child will usually be passed unto someone else in the family , and if the child feels neglected or undervalued, they themselves will become a liability to society.

Parents and teachers have pushed for sexual education over the years, but primary and secondary schools need to warn and educate children about the ills of under age pregnancy. The law has set a legal age for a reason.The focus on contraception is insufficient, children to be weary of the risks of catching diseases even from other loose kids.

They should be told that contraceptives are not one hundred percent guaranteed either, and boys or girls who claim to be virgins or faithful often lie.

The transition of moving from primary to secondary school can be interesting for children who may be excited because of the new environment and the  fact they have moved into a higher stage.

A higher stage , often without having to pass an 11 plus exam or its equivalent, for most kids who just automatically walk into secondary schools without having passed any meaningful assessment .

The prospect of meeting new people, especially the opposite sex can also excite many children. However, with not much maturity or intellectual development for their age, many of them lack intellectual stimulus or real ambition.

A child born to a young mother of 11 and a father of 12(in his case) has been dealt a bad card from the start. In most cases, the parents don’t amount to much, and have very little to offer their child in the way of quality life experience.

Exceptions always exist of course, but in general the child of silly loose children will be served up to their  good for nothing peers from bad homes to raise them up in the deviant ways of the streets.

This 11 year old will now spend he next 9 months pregnant , probably be 12 by he time she gives birth , and will begin her teenage years after the first year of bonding with her child . She will still have time to make something of her life, but the reality is that they usually don’t.

The cycle of sex has already been set in motion, the father will probably leave her eventually for another girl, leaving another single mother to raise a child without a father until the child grows up and and repeats the cycle themselves.

This is usually the history behind many of the burglaries , rapes and murders that occur in society.A bad card dealt by irresponsible children usually raised by parents who failed to instill the right level of training in them.