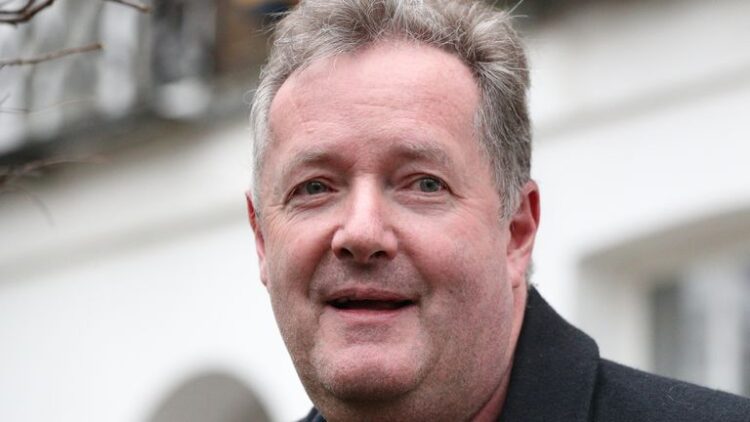 Piers Morgan has named Sarah Ferguson as one of the royals who reached out to support him after he was forced to quit Good Morning Britain over his coverage of Meghan Markle’s interview with Oprah Winfrey.

The British television star, 55, has revealed he got a supportive text message from the Duchess of York in the aftermath of his departure from the show.

The identification of the royal comes after Piers previously declared that “several members of the royal family” had reached out to him after he called out Prince Harry and Meghan Markle over their bombshell claims.

In his column for the Mail on Sunday this weekend, Piers admitted Prince Andrew’s ex-wife Fergie was one of the royals who had supported him.

He he wrote: “Not all Royal duchesses were as thrilled as Meghan ‘Pinocchio’ Markle to see me leave GMB.

“‘People have said how much they miss your morning joy and humour,’ texted Sarah, Duchess of York, ‘get back out there!'”

Piers even joked he could team up with Fergie to host a new morning show together, laughing: “Perhaps we should start a new breakfast show together… ‘Morgy and Fergie in the Morning’, anyone?”

Piers  response was done to fend off criticism of hypocrisy, after he previously criticised Meghan and Harry for refusing to name the royal they allege had made comments about their son Archie’s skin colour, telling Fox Nation’s Tucker Carlson: “As a British taxpayer, who helps pay for the royal family, I would like to know, actually, if there is a real racist inside the palace.”

However, his followers insisted Piers should follow his own advice and name the royals who had reached out to support him.

In a post on Twitter, one write: “Piers was LIVID that Meghan didn’t name names. On principal alone, he should name names otherwise he’s done the exact same thing and is a massive hypocrite.”

“Um, Piers then name names yourself , lead by example , which members of the Royal Family praised you for trashing Meghan ?! #PiersMorgan.”

A third agreed, writing: “So, Piers Morgan say’s he’s had messages from the Royal Family ‘gratitude someone was standing up for them’.

“Away Piers, where’s the proof, you know the thing you are begging Meghan and Harry for, surely you’ll have some from these supposed messages or are you a lying hypocrite.”

With Morgan now naming the royal who sent him the message, he has banished the allegation of hypocrisy levied against him..

The former television presenter has made no secret of his dislike fir Meghan Markle, attacking the credibility of her claims.

Meghan Markle’s representatives have threatened that ”aggressive lawyers”  have been studying his every word.