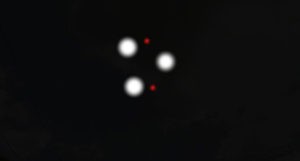 Peter Andre has launched a new three part series  called ‘Peter Andre’s World of weird which will see him investigating aliens and the paranormal.

Viewers of ITV’s ‘This Morning’ show were left in shock as the singer began his hunt for aliens and told of his supernatural encounters with them. The singer told the programme ” Witness testimonies and video footage of ufo’s are often dismissed as hoaxes or the product of overactive imagination. ”But you see I do believe alien spacecraft have visited this planet. Why? Because I’ve seen one. A few  years ago I was driving through the Nevada desert with my family close to the  famous area 51 military base. Now, you are only allowed within a certain distance of the base, but believe me I got as close as I could, and what I saw was unbelievable” .

”I’ve never seen anything like it, there were crafts, they were erratic-objects going from one point in the sky to the other part in split seconds and disappearing and reappearing -it blew my mind. Even since then, I’ve seen loads of things that has made me believe”.   Peter Andre  has up until now kept his beliefs of the paranormal relatively quiet, but his public  declaration of his  belief in the supernatural is something new the public never knew about him.  With advancement in science and recent discoveries of new earth like planets announced by Nasa, most knowledgeable people will by now be more open to the possibility that there is intelligent life outside the realms of our earth like planet.

The earth makes up a miniscule part of the universe, science continuously revealing its limitations through the revelation of fresh discoveries not previously known.

Andre’s claim will boost interest in the mysterious and intriguing topic of aliens, and his testimony is set to increase the credibility of alien encounters told by many of those who claim to have seen aliens or Ufos. A plethora of Ufo footage have been posted on youtube , but scepticism persists in  some quarters of generally narrow minded individuals.

Peter Andre will cover the alien topic in this three part series alongside discussing ghosts and the controversial topic of re-incarnation. Interviews with those who claim to have been abducted by aliens is also part of the series, and the singer will also spend an evening in a haunted castle and also undergo a past life regression. Aliens and the paranormal has long been a topic of interest and mystique, and this three part series with This Morning may just go a long way in raising awareness in the existence of aliens.