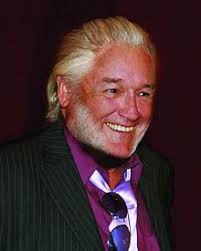 U.S pop star,  PJ Proby has lost his complaint against the Daily Mirror  after claiming the paper gave a “distorted impression” of comments he made during an interview.

The pop star’s  complaint over  accuracy to the Independent Press Standards Organisation was dismissed after it was proven that he actually made the statement, despite his claim it was light hearted.

The Uk Mirror reported in its article, published online on 27 March, that the 80-year-old had “not been in a ­relationship for 22 years because he only wants to date underage girls”. The paper quoted him as saying: “The last lady in my life was Elizabeth Conway in 1997. She was 13 when I met her. I don’t think there’ll be another because it’s against the law.

“I won’t marry a girl I can’t raise from the age of 12, 13 or 14. I like that they’re young and fresh-looking and don’t come with baggage – nobody’s messed with their heart and broken it.”

Proby also took exception to a comment by The Mirror that Proby felt paedophile Jimmy Savile – a former pal of Proby- had been “undeserving of condemnation”.

Proby said that the paper had reported his comments accurately but “had presented them out of context”. He claimed his comments were “hypothetical, light-hearted and not to be taken seriously” and denied he ever “boasted” that he was attracted to underage girls or shown any “lust” for them.

Clearly, Proby can’t be that serious a person if he thinks kit is cool to make comments like that in a light hearted manner.

Proby  pathetically took issue with the Mirror’s summary of his comments as being tantamount to the conclusion that Savile was “undeserving of condemnation” to the journalist.  Proby had not used those precise words, but referred to the criticism and condemnation historical pervert Saville had received as a ”load of bull crap”. In essence, the conclusion and interpretation by The Mirror was correct.

He accused the Mirror of misrepresenting him by suggesting he had dated Conway when she was 13 but in fact he had only met her at that age and dated her 20 years later.

The paper’s  denial of any breach  of the IPSO Editors’ Code of Practice was backed up by a transcript of its interview which it provided to the regulator.

The regulator’s Code Committee said in its ruling: “The complainant had stated at interview that the youngest girl he’d ‘been out with’ was 12, and he would not marry a girl that he ‘could not raise from the age of 13 or 14’; he had also indicated a preference for girls which were ‘young and fresh-looking’ and ‘still in school’.

“In this context, the committee was satisfied that the comments made by the complainant, and relied upon by the newspaper, provided a sufficient basis for the manner in which it had characterised the complainant’s views; it was not a failure to take care over the accuracy of the article, to report that the complainant had ‘boasted’ or shown a ‘lust’ for girls under the age of 16, in those circumstances.

IPSO said Proby “had not caveated his remarks” about meeting Conway when she was 13 and only dating her decades later during the interview, but said a clarification was required to “remedy the misleading impression” given.

“The clarification offered by the publication made clear the correct position,” said IPSO, who ruled that the Daily Mirror should now publish the clarification in print as well as in a footnote to the article.

IPSO said Proby’s claim that Savile was “undeserving of condemnation”, was “not presented as a direct quote from the complainant”.

“Further, the complainant had told the interviewer that the ‘treatment’ of Jimmy Savile was a ‘bunch of bullcrap’,” it said.

The committee said it was satisfied the newspaper had “demonstrated a sufficient basis for the manner in which it had characterised the complainant’s views”, and this did not represent a significant inaccuracy.

Born in Houston Texas as James Marcus Smithy,  Proby is an accomplished writer, singer, and actor. In 1962, he wrote songs and recorded demos for renowned artists such as Elvis Presley, Bobby Vee, and Johnny Burnett.

His judgement and choice of words in a newspaper interview let him down badly, and he only has himself to blame, not the paper. His complaint was not upheld by Ipso.